Posted by Scott Erb in Uncategorized on September 30, 2018

I have something in common with Christine Ford.  When I was 15 a man tried to rape me, just as Brett Kavanaugh tried to rape her.

It was, of course, different.  I’m male and it wasn’t at a party.  My Grandma lived in downtown Mankato, Minnesota, and I liked walking around the streets at night, seeing the downtown lights and action.

“I just want to play chess,” he said.   I agreed…scared, but not knowing what else to do, I sat down at table with a chess set.  I think we each made a move before he said, “You’re going to sleep with me.”

I jumped up and headed to the door, but he tackled me (turned out he had played football for Mankato State).  He grabbed me and took off my belt as he pushed me onto the bed.  I tried to move, but he then took off my shoes.   “Just relax, it won’t be as bad as you think,” he said, trying to be soothing.

I then lost it.  I started kicking, flailing, screaming.  He finally said “OK, this is all a mistake.”  He gave me my belt, which I put back on.  I got my shoes on.  He was very polite, “I’m sorry, this was a misunderstanding.”  I said, “OK, no problem, have a good night.”  I then ran to my Grandma’s apartment.

My Grandma and my cousin Richard (who died young, unfortunately) heard my story.  My Grandma wanted to call the police.  Richard took out a knife and wanted to go cut the guy up.  I said no.  Nothing happened.  I got away.  Let’s just let it be.  Then it’s over – reporting it or trying to strike back keeps it alive.

Later my Grandma sent me a newspaper clipping.  James, the attempted rapist, had been sentenced to life in prison for murder.  He killed someone resisting him.  He was then himself killed in prison.

If I had the courage to come forward, maybe he would not have murdered someone.  But I don’t feel guilty about it – I did what was best for me, making the situation go away.

So when I think of Christine Ford, having a good life and having overcome the trauma of that attempt, I admire the fact she is willing to do her civic duty to come forward.  She’s getting death threats and her family is in hiding.  This is real for her again.  But maybe she can save us from having a predator on the court.

I can still picture his apartment perfectly.  The blue walls, the quilt on his bed, the chess set, it’s vivid in my memory.  That’s why I know Christine Ford can remember that night Kavanaugh attempted to rape her. Those memories stay strong.

This isn’t the same situation but I can’t help but empathize with another 15 year old who was a victim of attempted rape, but who got away.  I believe her.

Posted by Scott Erb in Uncategorized on September 22, 2018

Republican reactions to the allegation made by Christine Ford have been shameful.

First, this isn’t about politics.  I thought the Democrats should approve Brett Kavanaugh’s nomination to the Supreme Court because I thought he was qualified, had an excellent character, and though I disagree with his legal philosophy, the President has the right to pick a Justice.  However, once the allegation came out that at the age of 17 he tried to rape a 15 year old girl, everything changed.

First, it’s not OK to say “boys will be boys” and “that’s a long time ago.”   If this gets dismissed in that way, it’s a signal to every 15 year old girl (and 17 year old boy) that if a guy tries to rip off your clothes or rape you, well, it’s OK.  No, that is not OK.   One reason this issue has to be taken seriously is the message it sends to teens out there.  Does no really mean no, or doesn’t it matter?

Second, it’s not OK to say “well, Clinton did bad things, or Ellison was accused of something.”  This is the Supreme Court.   More than any elected position (for which the voters can choose not to keep someone in office), this position requires people of only the most upstanding character.   These nine positions are to be given not as a “right” to someone who “hasn’t been proven guilty,” but as a privilege to only those of the highest integrity. 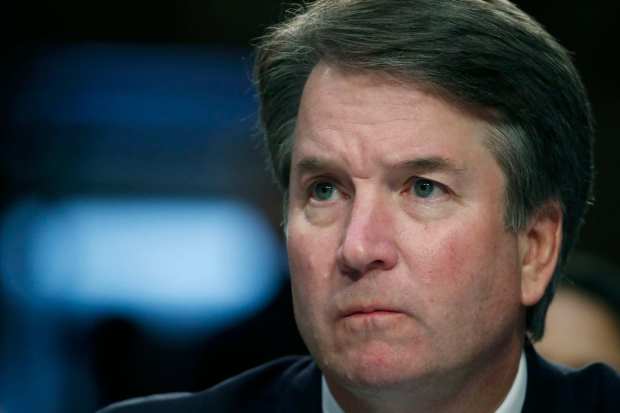 Kavanaugh’s denial does not seem credible, and denying this shows an on going lack of character.

Beyond that, President Trump’s effort to make Kavanaugh out to be the victim is extremely disgusting.   Even if he withdraws his nomination, he’s wealthy, has his pick of good jobs, and will not suffer any real harm.   However, from all accounts, the young girl he tormented was traumatized by the event, and it took years of therapy and help to get her back on track.

It is especially disgusting to say “she should have brought this up sooner.”   She’d have been subjecting herself to abuse and ridicule, with the likelihood that in the end he would not be punished.  Wealthy parents hire lawyers who as a tactic will do everything they can to paint an accuser out to be a slut or “asking for it.”   The idea is to damage her credibility enough so a jury has “reasonable doubt.”  It works almost all the time, that’s why so many rapists, especially young wealthy males, go free.   Most victims don’t report rape because they know they’ll likely be hurt more than the perpetrator.   That’s true now, 35 years ago the culture was even more tolerant of rape.

This isn’t about politics, but it appears that many people are treating it as such.   No one should be given a life time appointment at the top of what may be the most important branch of government if there just the credible possibility of a blemish like this.   It is a sign that his moral character is questionable or lacking.

If he did it, he’s lying now when he denies it, and that shows that he absolutely lacks an ethical core.   But if he didn’t do it, given the credibility of the accuser, the honorable thing for him to do is say, “The role of Supreme Court Justice requires the highest levels of integrity, with the trust of the American people.   In this case, there is sufficient question about my character that it would be wrong to accept the appointment to the Court.  I hearby withdraw my nomination.”

To do that, however, would require character.