Joy and Happiness in Quantum Life

Posted by Scott Erb in Uncategorized on December 25, 2018 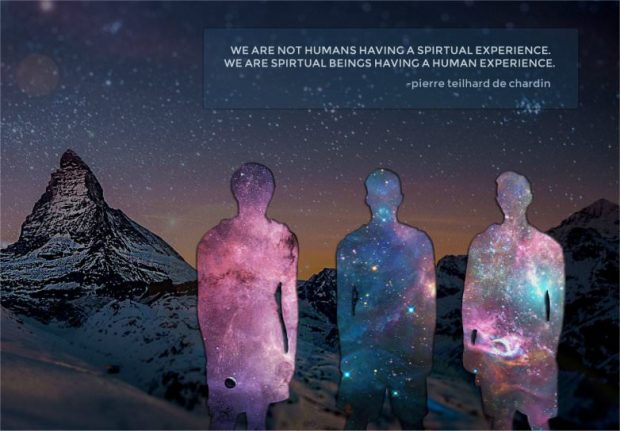 (Note:  this is part 14 of a series called “Quantum Life,” in which I post the contents of a strange ‘guide book’ I found for a game called “Quantum Life.”  See the bottom of the post for links to earlier entries.   I’m not sure where this book came from – this section is on joy and happiness).

Joy and Happiness in Quantum Life

For many players, the game seems one of constant suffering and distress.   This was not what Sunitolp and developers of the game intended.  Indeed, the amount of distress once players moved away from instinctive reaction to the ‘material world’ (e.g., as plants or animals) was surprising.   Yet in many ways it turned out to be what made the game so popular in that the suffering showed that when disconnected from the whole, players find it extremely difficult and stressful to navigate.  Being an individual alongside other individuals created challenges so intense and intriguing that most players thought it worth the suffering.

The irony is that true joy and happiness in the game are possible.   There are many potential ways to experience and express it.   The most common form is to try to re-create as much as possible conditions in the real world – the world outside of space-time where all is united and connected.  This is often achieved in the game by meditation practices defined as spiritual – there is a sense within the game that a higher or truer reality exists.

Conditions that lead to stress and despair center around two aspects of the game:  time and uncertainty.   As noted earlier, the creation of space-time as the realm within the game is played made it possible to create individual identities progressing through the game action by action.  Due to how players are conditioned for the game, it is virtually impossible to imagine existence outside that space-time framework – hence the concepts are difficult to explain using a quantum life language like this one.

The power of NOW

The key towards approaching the “timeless” nature of true reality in the quantum life environment is to focus on what can be called the “now,” or the “present moment.”  Even in quantum life space-time is an illusion.   It seems like people are moving through time, going from ‘past to future,’ but the reality is that for each player, all that truly exists is now, and that now is eternal.  Now lasts forever.

Space-time is more a psychological framework to dissect experience than a true environment.   Hence when players find themselves capable of experiencing each moment as whole and complete – to be in the “now” rather than worrying about the future or reminiscing about the past – a natural sense of joy emerges.   Players who learn to do that can get a taste of greater reality, even while in space-time.

That doesn’t mean not thinking about the past or future (as defined in the game), but accepting that those thoughts are part of the experience of now.  This creates a perspective on experience that allows players to understand that being – existing as a player in the game – transcends the suffering and problems that the game can yield.

The power of ACCEPTANCE

Because most players do not realize they are involved in the quantum life game, they take what they experience as reality as extremely serious.   When unexpected challenges emerge players can be stressed, angry, depressed and belligerent.   They will place blame on others, feel self-pity, and have anger towards others and the game itself (even if they don’t realize it’s a game).

Accepting reality as it unfolds, as painful or difficult as it may be, allows clearer thinking and draws positive experiences to the player.   Pain and suffering are for the most part a result of players trying to deny, evade or reject their experience.  That intensifies the problems, and the negative reaction.   Once players learn to accept whatever unfolds, and then go with it, making choices without feeling impotent and fearful, they experience more joy.

Due to the way players are disconnected from experiencing true reality while playing, these techniques towards happiness tend to seem like mysteries.  Players recognize they are connecting with something real, but since in the game reality is only the physical, material world, they have no real way of identifying what this reality might be.  Thus they create a belief in a “spiritual” realm, outside of the material (and perhaps outside of space-time) from which they can find ways of counter acting the fear, suffering and pain that so often accompanies the game.

Ever creative, some players concoct stories to try to explain how it is that another realm could exist alongside but disconnected from the material/physical world.  These stories, if persuasive, become belief systems that many hold, known within the game as religions.  Players gravitate to religions because they create shared perspectives and communities, leading to a sense of being part of something greater than the individual.  In that sense, religious experience is also re-creating an aspect of true reality – that individuals are all connected as one.

(End of dictation.   I’ll copy the next part of the manual – on religion – soon!)