Trump Wins – No Need for Panic

Posted by Scott Erb in Uncategorized on November 11, 2016 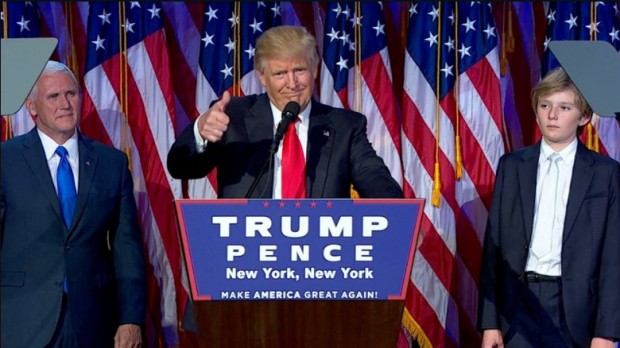 Michael Moore called it.  While most of us were thinking the Latino vote surge or female voters would put Hillary over the top, white working class folk in the rust belt hurt by globalization and lower paying jobs gave the system a “big fuck you” as Moore predicted.  Unable to hold Pennsylvania, Michigan and Wisconsin, Clinton fell to Donald Trump, despite winning the popular vote.

Now what?   The internet has been a mess.   Many of Trump’s opponents are accusing Trump voters of enabling racism, sexism, and misogyny with their vote.  They are brutal in their critique, even attacking me for suggesting that the country could take Trump’s victory in stride and that things aren’t all bad.  On the right there is either gloating (fair enough – they suffered liberal gloating when Obama won) or annoyance at the vehemence of the anti-Trump rhetoric.

So, at the risk of annoying those who are angry about Trump’s victory, I’d recommend everyone relax.  Chill.    Or if you’re really upset, organize and get active!   This isn’t the end of democracy, we’re not going to have a resurgent KKK, gay folk don’t have to go back to the closet and Muslims are not going to be put in internment camps.   Some of the policies of the next two years will anger the left, but take it in stride.

In 2018 people vote again.  If Trump governs poorly or makes unpopular decisions, the Democrats will have a chance to do to the GOP what the Republicans did to Obama and the Democrats in 2010.  In 2020 people will have a chance to find a strong candidate to run against Trump, and try again.  In those two to four years, the world isn’t going to end.

There is also a generational thing going on.  The under 30 crowd has been raised in schools and universities where sexist, racism, homophobic and misogynistic language and ideals are banned – you can get in trouble in school now for saying, “that’s so gay,” something that wouldn’t have raised an eyebrow not that long ago.   That’s good – this generation is in the process of creating a world where racism, sexism and homophobia are rejected.

But the over 30 crowd is still part of a culture where such ideas are common.  Many people think homosexuality is a perversion and shouldn’t not be tolerated as such ideas will corrupt the youth (let alone transgender bathrooms!)  Sexism is powerful despite decades of progress.  Those voices are real, and will be heard – at least until the older generation dies out.

Finally, unlike Ted Cruz and many other Republicans, Trump is not a conservative.  He is probably nothing – he doesn’t seem to have core principles, whatever is in his interest at any given moment is where he stands.  He’s a con man who just pulled the biggest con of his life!  So who knows – he might reshape the Republican party to a more centrist or even liberal bent, or he might end up with internal GOP dissent.

But even if Trump is as bad as his opponents fear, that’s motivation for the left to mimic the right after 2008 – their antipathy for Obama lead to the tea party, and huge gains in the midterm elections.  If Clinton had been elected, the Democratic party would have remained the party of the status quo and DC insiders for four more years; now the party can recast itself.  Being in complete opposition, it will benefit from frustration and anger at Washington in coming elections.

Ultimately, America’s democracy has lasted a long time.  I don’t think one bad President will create a collapse.  I don’t think homophobia and racism will be worse because of Trump.  But maybe this is the start of a process of reform for both parties – for the system.  In any event, if you’re a Democrat, don’t fret.  2018 and 2020 will come quickly and I would not be surprised if those elections evoke much different emotions than this one!

Posted by Scott Erb in Uncategorized on November 7, 2016

Donald Trump’s recent surge has awakened hope amongst his supporters, as Democrats look nervously towards tomorrow’s election day.   There are many reasons to think that Trump has a good shot at winning.   He has been moving up in the polls, independents and late deciders are breaking his way, and state polls have shown cracks in Clinton’s fire wall.  This appears a classic case of a late surge potentially upending the lead of the favorite, much like Reagan in 1980.

A Trump win is definitely possible.  But as I make my prediction – as I’ve done every election eve since 2008 — a few things push towards seeing this as not only a Clinton victory, but potentially a big Clinton win:

For Trump to win, the scenario is straight forward.  He has to win rust belt states like Michigan, Pennsylvania and Ohio, all places where US trade policy is unpopular and thus the Trump message resonates.  Then he has to win swing states like New Hampshire, Florida and North Carolina.  If he can do that — all of which is possible — he could eek out a victory, perhaps relying on Maine’s second district.  Maine divides up its electoral votes by district, so that the winner of the state gets at least three votes, but the other candidate can get a vote if he or she wins the district.  That could conceivably be the vote that gets Trump to 270.

But I don’t think that will happen.  Instead I think that Hillary Clinton will defeat Donald Trump in both the popular vote and the electoral college.

Posted by Scott Erb in Uncategorized on November 2, 2016 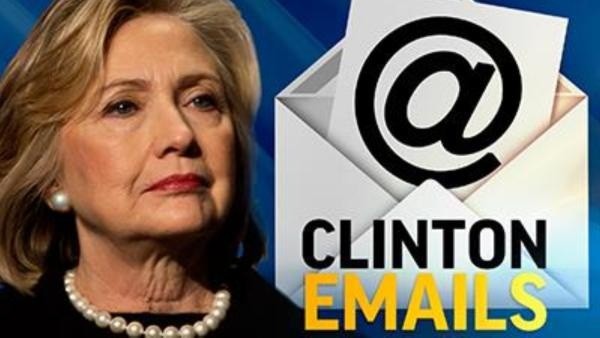 What a difference a week makes!  One week ago it looked like Clinton was headed for a sure victory.  Trump had been tanking in the polls, and her probability to win was up to 87% on Nate Silver’s model, over 90% according to some others.

Now she’s down to a 69% chance — still good, though the trend is bad, and recent polls for Trump have looked very promising.  State polls where Clinton held a firm lead are now wobbly – and change is consistent across many states.  Trump has a path to victory, Clinton may have peaked too soon.

Should Democrats panic?  Are we staring into the abyss of a President Trump?

Well, panic is never a good idea, so no – there is no reason to panic.  But right now Trump stock is rising and Hillary looks to be sinking.  The possibility of “President Trump” is at a high.  So distress and fear are reasonable Democratic responses.   But there are reasons for each candidate’s supporters to be optimistic.

Why Trump supporters should be optimistic

Why Clinton Supporters should be optimistc

I’m hesitant to blame the e-mail story for this completely.  Trump’s tightening of the race started almost a week before that story broke.  But it is significant in helping energize Trump’s voters and shift the narrative towards one critical of Clinton.  On the other hand, any Democrats who were unenthusiastic about Clinton and thinking maybe Jill Stein might now decide they need to stick with the one who has a chance to win.  There is differently no more complacency in the Clinton camp.

So it looks like we may have a cliff hangar.   Or not.  If the get out the vote effort for Clinton is strong and the impact of the e-mail story starts to wane, it could still turn out a big night for the Democrats.  But this surreal election, now subject to a surreal October surprise, promises to defy expectations to the very end.   But in one week, we’ll know.