This my first post on “campaign 2014,’ analyzing the races and following the election cycle.   One thing is certain from the start – 2014 is a lot different than 2010.

Some things are similar.   Right now things are looking good for Republicans to make gains in the House and perhaps win the Senate. It is a midterm election, which usually brings a more conservative demographic to the polls, something also good for the GOP.   President Obama’s job approval rating is below 50%, which usually means that his party is in trouble in any midterm.   But there the similarities end.   The differences are important and offer some optimism about what has been a dysfunctional political system. 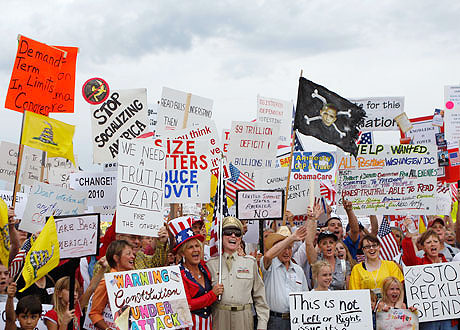 Gone is the tea party rage and passion

1.  The tea party is a spent force.    In 2010 the tea party was surging!   Anger over the passage of Obamacare was palpable, and rallies were being held across the country for a new movement to “take back America.”   Entertainer Glenn Beck was at the height of his popularity, calling for a movement to fundamentally transform the US to more conservative/traditional values.    Now Beck says he’s sick of politics and wants to produce movies.

Tea party approval is down at around 20%.   More importantly, the anger, rage, and rallies have been replaced by typical political banter.   In 2010 and 2012 the tea party actually hurt the GOP by producing candidates that could not win.   Sharon Angle, Todd Akin, Richard Mourdock, Christine O’Donnell and Ken Buck all lost races a moderate Republican would likely have won.  That would have put the Senate at 50-50 today! 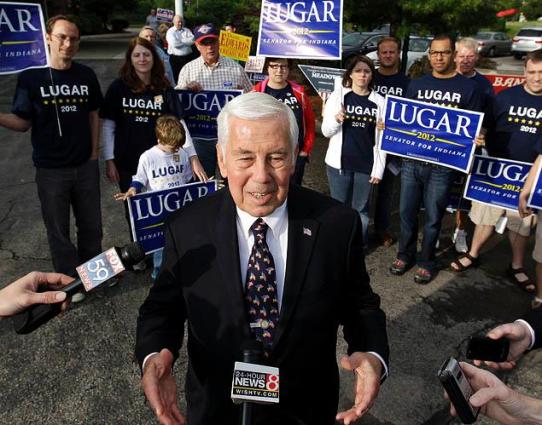 When the tea party downed Senator Lugar in the primary, they handed a certain Republican seat to a Democrat

The good news for the Republicans is that tea party influence is waning, and it looks like strong establishment candidates have been recruited.  The bad news is that they’ll lose some of the passion the stronger tea party brought to 2010; it isn’t likely to be any kind of massive wave election.   But they now have a real shot at the Senate.

2.   The trend lines are different

In April 2010 President Obama’s job approval was at about 50%.  By election time it was down to 44%.   In general, continued anger at an economy that had not started a real recovery, tea party passion, and a general sense that things were getting worse rather than better caused a backlash against Obama and the Democrats.    Now the economy is poised to increase the rate of job growth in the summer, and President Obama’s approval is recovering from its lows with the rollout problems of Obamacare enrollment.  Obama’s approval went as low as 40%, but has slowly recovered.   As the story line becomes more positive about Obamacare, the Republican hope that the issue will drive the election is fading.   The trend can’t be called good for the Democrats, but unlike 2010 it doesn’t suggest any sort of wave.    It will be a normal election cycle.

In retrospect, 2010’s wave for the GOP was inevitable.   A poor economy, a President with low approval ratings, anger and passion among the opposition in a midterm election which always sees a higher proportion of Republicans vote was a recipe for a certain GOP win.   This year, events can still drive the election.   Strong summer economic growth and more good Obamacare news might boost Democratic chances.   A White House scandal could harm Democrats, as could new bad news about Obamacare.    So as of April, what we don’t know about the 2014 election cycle far outweighs what we do know.

Will the Senate Go GOP? 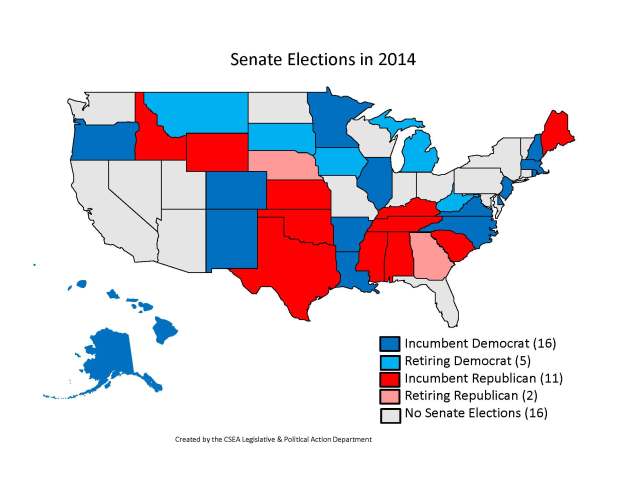 Now that conspiracy theories about skewed polls have been demolished, even conservatives recognize the power behind Nate Silver’s prediction methods.   Click the link and read his analysis – it’s the best you’ll find at this point, and he admits that it is very close, and a variety of things could skew the elections either way.    At this point he predicts 50.8 Republicans and 49.2 Democrats.  However, if you don’t want to read his in depth analysis, here is my perspective:

The Democrats hold a 55-45 majority.  That means the Republicans have to pick up six seats.   That is a tall order.   21 Democratic and 15 Republican seats are up for election (that’s more than 33 due to some special elections), which means that the Republicans have real opportunities.   In Montana, South Dakota and West Virginia open seats (or in the case of Montana, recently filled by someone appointed by the Governor) are seen as almost certain to shift to the Republicans as these are strong red states.   Two other open seats, Iowa and Georgia, will probably stay Democratic and Republican respectively.

That would put the Republicans at 48 states, three short of a majority.    So far, only one Republican incumbent looks to be in real danger, that is ironically Mitch McConnell.  Five Democratic Senators are in trouble, and one Democratic open seat (Michigan) has no clear favorite.   So among those seven races, Republicans have to win four seats to gain a majority.   That’s do-able, but not easy, especially in a normal election cycle. 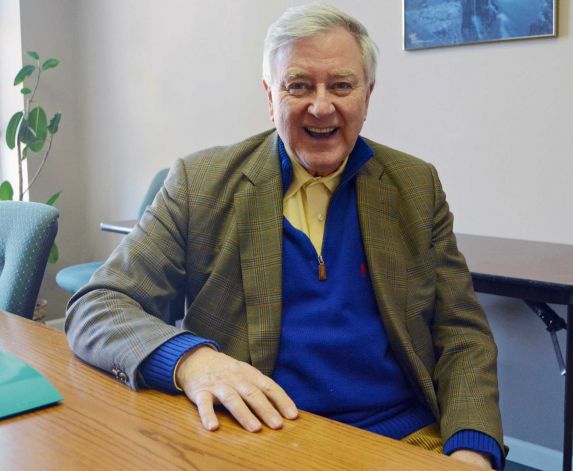 Former GOP Senator Larry Pressler (1979-97) is running as an independent in South Dakota, claiming to be a “passionate centrist.” Could his candidacy make a difference?

First proviso:  In 2012 North Dakota was considered certain Republican for most of the year until Democrat Heidi Heitkamp ran a surprisingly strong campaign and squeaked out a victory.  So nothing is certain.

Second proviso:  There may be surprises.   Here in Maine Susan Collins is considered by most to be a very safe Republican hold.  However, she’s receiving strong opposition from Democrat Sheena Bellows, who has shown surprising fundraising prowess and organizing skills.   In Maine there is a lot of emotion against the incumbent Governor, meaning there is likely to be strong Democratic turnout.   It’s not likely (Collins had 61% in 2008), but is possible, that Bellows could be a real threat to Collins.   These are the kinds of “what ifs” that could benefit either party. 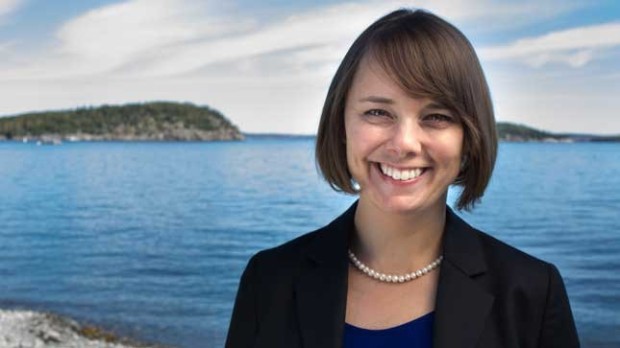 The polling now shows Democrats Kay Hagan (NC), Mary Landrieu (LA) and Mark Pryor (AR) in the most trouble – but all are very close.   Mitch McConnell looks to be in trouble in Kentucky.  Democrats Begich (AK) and Udall (CO) have close races, but look better positioned.

Here’s the problem for the Republicans:  Incumbents do have a tendency to pull out close elections.  Mary Landrieu was endangered back in 2008 but ended up with a comfortable 7 point victory.  To be sure, that was a Presidential election year and she benefited from the higher turnout, but it’s always dangerous to underestimate an incumbent.

So, given that this is a ‘normal election cycle’ I suspect that the Republicans will fall short of gaining a majority – though they are likely to gain seats.  A 50-50 Senate is a real possibility.   Joe Biden, as President of the Senate (an official role of the Vice President) would have the deciding vote, but if the Democrats held on to that slim of a majority they’d be susceptible to losing it should a member die or resign.   At this point, though, the battle for the Senate looks to be the biggest 2014 election story.