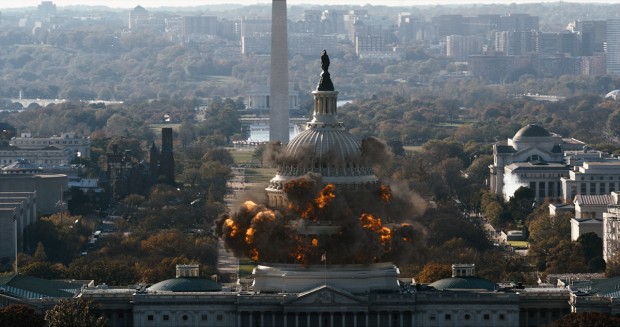 Now that the world has settled into a new equilibrium of sorts, it’s time to reflect on how things fell apart so completely.   While we may never again see a world of mass consumption, convenience and material excess like that which existed when the century began, nobody expected it to unravel so quickly.

It started on January 16, 2018.   1-16.  The day that, up until a few years ago, was considered the greatest terror attack in US history.   President Donald Trump was set to give his second state of the union address.   After a rocky first year, he was hoping to convince Americans that he could be trusted.  This speech would be a big one.  In the Capital they gathered – all the Senators, Congresspeople, Supreme Court Justices, the Joint Chiefs of Staff, and the Vice President.   Only 71 year old Agriculture Secretary Sonny Perdue was absent, watching the speech in the White House with Steve Bannon.

As President Trump began his speech there were some noises.   People looked around, Trump seemed irritated.  Then with the whole nation watching on television, there was a bolt of fire and then nothing – the feed stopped.  In the capital a series of bombs exploded, utterly destroying the building and its occupants.  The President, Vice President, Supreme Court and Congress, all branches of the US government were destroyed.  ISIS took responsibility. 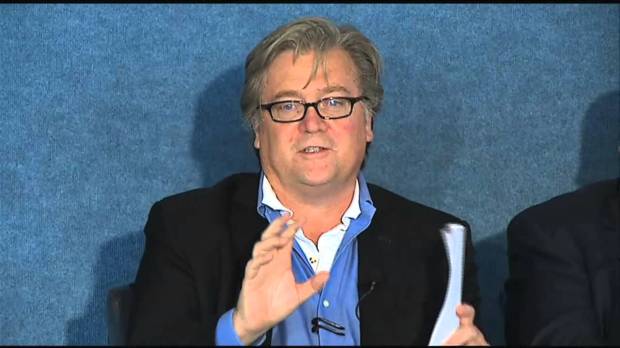 Bannon plotted the coup as if it were one of his movies, done so well that it was nearly two decades before the full truth was known.

Steve Bannon had invited Sonny Perdue to the White House to watch the speech.   He offered Perdue a drink, and the two joked.  Within minutes Perdue had the symptoms of a heart attack, and was dead before Trump had even started.   With no one left in the Presidential line of succession, and the Supreme Court gone, the US entered a constitutional crisis.   Bannon was ready.

In Trump’s first year Bannon had identified military officers who would create potential problems for him on this night.  He convinced the President they were disloyal and Trump fired them.  Bannon maneuvered people he could manipulate to high ranking positions.   Senator McCain had accused Trump of “promoting dimwits and dilettantes.”   But McCain was now gone.

Steve Bannon called an emergency press conference.  As the one remaining member of the National Security Council Principles group, he said that until a new set of elections could be arranged, he would be acting President.   He was ready for the next part.   He used all his skill as a movie maker and PR maven to orchestrate a move towards authoritarianism, with him in charge. 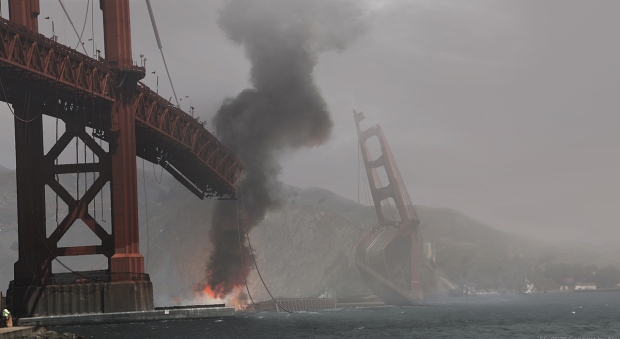 The destruction of the Golden Gate Bridge was one of a series of spectacular ‘terror attacks’ that swept Americans into a frenzy.

Bannon had plotted the attacks well, using foreign intelligence officers to do the dirty work, minimizing a chance someone would leak.   Cities across the country suffered apparent attacks, FOX News became Bannon’s propaganda channel, and media controls were put in place “to assure public safety during this chaotic period.”   With no Supreme Court, Bannon became a dictator.   Everything was following his script.

He announced that to “rebuild the economy” he was defaulting on all debt, so America could start clean and ‘rebuild at home.’  Alas, the global economy doesn’t follow a script.  The global financial system buckled, credit became impossible to get, and soon US unemployment hit 30%, and even China found itself in depression.   Needing a distraction Bannon blamed ISIS and the US launched a war to “claim our oil in the Mideast.”

By the end of 2018 Americans started to realize that Bannon was out of control, with no checks or balances.  Opposition coalesced around former President Obama, who called on Americans to reclaim their government.   But with war and depression sowing fear, and media controls tight, Bannon’s propaganda machine kept many loyal to him.   Obama was declared guilty of treason and had to lead the movement in hiding, uploading speeches and directives, staying one step ahead of the secret police.

With the economy in collapse and global governments deserting the US – China, Russia and the EU put together a non-aggression treaty and worked to undermine the US war in the Mideast — by 2020 it was clear Bannon was failing.   Desperate, he turned to the use of nuclear weapons in the Mideast.   That was the last straw.  Resistance at home grew bolder, and on October 2, 2021 an internal coup removed Bannon.   Later President Obama convened a “constitutional Congress” to plan a return to democracy.

The 20 years since then have been tough.  The global economy has never recovered, and the war caused a long term energy crisis as the nuclear weapons rendered the oil fields unusable.  Some say we’ve entered a new dark age, and for awhile it felt that way. But we’ve rediscovered the importance of community and nature, and lately the emergence of sustainable energy sources suggests we’re now on the right track.

Professor Thomas Percy argues that Bannon may have inadvertently saved humanity.  The economic collapse and drastic decline in fossil fuel usage has led to CO2 levels in the atmosphere to stabilize, and are likely to soon decline.  “On the path we were going, by now we’d be feeling a different kind of global crisis, and one that could have destroyed civilization.  Now we have a chance.”   That’s a plot twist that even Bannon couldn’t have scripted.

This entry was posted on February 1, 2017, 18:13 and is filed under Uncategorized. You can follow any responses to this entry through RSS 2.0. You can leave a response, or trackback from your own site.