My first year seminar this year is a new one, called “Brave New World: In Search of the Future.”  The theme of the course is to figure out what the world will be like a hundred years from now.

I’m excited to jump into this course, which has two texts (one optimistic, one more pessimistic) but requires the students themselves to investigate different ideas and visions of what the future will bring.  But we’ll start by reading the book Brave New World, which was Aldous Huxley’s vision of the future published in 1932.   So the first part of the semester we’ll look at the past – what kind of world surrounded Huxley that impacted his vision?

Science had been rocked by quantum mechanics and relativity.  The eugenics craze had everyone thinking humans were perfectible.  Racism was second nature; Americans were not as far from Nazis in how they looked at the world as we’d like to think – indeed the aviation hero Charles Lindbergh was quite enamored with the National Socialists.  Communism had already taken Russia, and Hitler was on the rise in Germany.  The world had entered the Great Depression.  That was the context that inspired Huxley’s book, and we’ll discuss what he saw, and whether it was accurate, and why he had that particular vision.

Then we pivot to the present, and start to think of the future.   The optimistic book is Physics of the Future by Michio Kaku.  It’s really less about physics than technology and how the current technological revolution will keep changing our lives.  In general he sees real problems (e.g., global warming will alter the face of the planet) but that we’ll have the ingenuity to deal with problems and keep moving forward.

The pessimistic read is “Dodging extinction,” by Anthony Barnosky, and will deal with some of the concerns by paleontologists that the changes we’re making to our ecosystem may endanger our survival as a species.

Both views – and many others – are legitimate.  There are the optimists who poo-poo “gloom and doomers” and insist all is hunky dory and we’ll solve any problem that arises.  Others are convinced the end is near.  In reality, nobody knows.  It is possible that technology will solve the problems of global warming, it’s possible things will get very bad very fast.  Anyone who says they are sure is a fool.

That’s the beauty of the course – we are dealing with a question for which there is no clear answer.  There is, in fact, persuasive evidence for diverse conclusions.  The challenge is to get people to look beyond their bias.  People who for political reasons are biased against seeing global warming as real often simply shut themselves out from the evidence.  They ridicule it, cherry pick alternatives, but do not actually acknowledge the wealth of data that exists that says human caused global warming is real.  That’s a typical human attribute – to ignore what we don’t want to believe.

And of course there are a myriad of other issues: the rise of artificial intelligence, genetic engineering, exploring outer space, the meaning of life, whether the planet is going to buckle from over population and resource use or if technology is going to solve such problems. 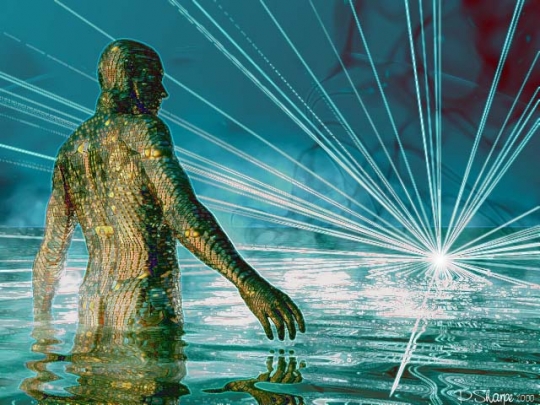 Perhaps the most interesting issue involves what it means to be human.  We’re living in a very materialist era, where economic growth and material accomplishment define human value.  But is that right approach?  Psychologists have already disproven the old “homo economus” version of humanity (the idea that we are in pursuit of self-interest as rational actors maximizing expected utility), but what are we?  How will the future affect what we think about life, being human and what values we hold?

This should be a fun course!

This entry was posted on August 25, 2015, 12:02 and is filed under Uncategorized. You can follow any responses to this entry through RSS 2.0. You can leave a response, or trackback from your own site.