Irrational Fear of the UN 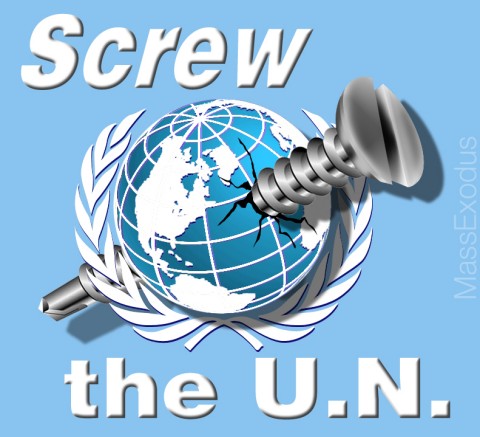 If you read some of the extremist literature about the UN, it’s alarming.  The UN is out to get our guns with the Small Arms Treaty!  Absurd.  The UN wants to stop us from spanking our children with the Rights of the Child Treaty!  Hardly.   Though if you spank your kids, you’re really doing some bad parenting.   Some even claim net neutrality is a doorway for UN control of the internet.  And now – a UN Security Council resolution will bind the US to an agreement with Iran, circumvent Congress and sacrifice US sovereignty!  And least so claim the latest UN-0-phobes.

Bottom line:  The UN can do nothing to hurt the US.   Nada.  Zilch.   In fact, the UN has proven itself very useful to the US given our position as a permanent member of the UN Security Council with veto power.   We often use the UN to support US foreign policy.   The most dramatic examples are the Korean war and the 1991 Iraq war.

So why the irrational fear?   Part of it comes from a kind of animosity towards anything cosmopolitan among the tea party crowd, and a fear of losing American sovereignty.  The truth is that globalization has already weakened sovereignty by creating deep interdependence.   But that’s not the UN’s fault. 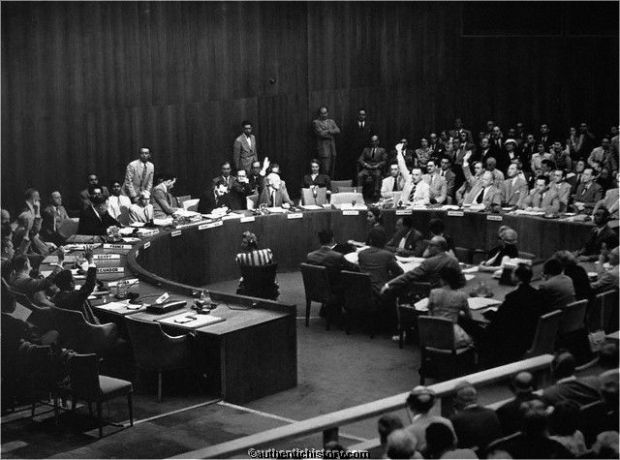 The UN Security council approves US led action to liberate South Korea in 1950. A Soviet boycott of the council due to the US not seating the Communist government of China on the council allowed approval.

Not approving the Small Arms Treaty means its harder to stop the use of children in war zones.  AK 47s are $6 a piece, that treaty is a fundamental tool in stopping atrocities in the third world.  No one is going to use it against the US or American gun laws.   That’s not possible.  The Rights of the Child treaty has been approved by every country except the US and Saudi Arabia.   UN soldiers aren’t going to round up people who spank their kids.

The only body that can approve enforcement of international law is the Security Council, and the US has veto power.  The UN by definition cannot hurt the US.

So why the paranoia about Iran?   Well, the Republicans just got a majority in both Houses but yet they can’t box in the President.  They’re feeling a tad impotent, and resent the fact that he is using his executive powers deftly.  Rather than admit that this is how split government works, they have come to believe that he’s “lawless” or ignoring the Congress and the Constitution.   And of course, some of it is just to rile up the base.  They know the UN doesn’t have the kind of power to somehow undermine the US – but fear that it does can be a powerful and emotional motivator! 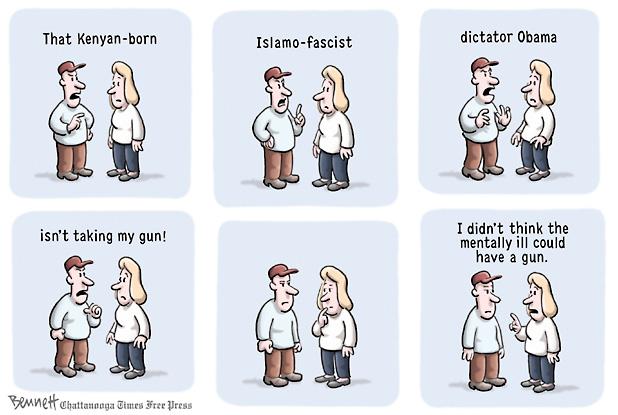 The claim:  President Obama seeks an executive agreement with Iran to get Iran to agree not to have a nuclear weapons program.  An executive agreement – a common foreign policy tool – only binds the President during his term, and it does not need to pass Congress.   A treaty would require ratification by 2/3 of the Senate, and that’s not going to happen.  But if the US votes approval of a Security Council resolution calling for the removal of sanctions, then it is legally binding and voila, Congress has been bypassed.

Except that’s not how it works.

First, even if it all played out that way, the US Constitution and Supreme Court are clear that this would not be binding on the US.  And even if it were, the only body who could enforce that agreement is the UN Security Council, and the US can block any Security Council action.    But that’s irrelevant – if the US votes yes on a Security Council resolution requiring Congressional action and Congress does not act, then the US can’t follow what the resolution requires.  That’s the way the law works.  It will not be binding on the United States, just as an executive agreement cannot prevent Congress from acting as they will, and is not binding on the next President.

This entry was posted on March 13, 2015, 21:08 and is filed under Uncategorized. You can follow any responses to this entry through RSS 2.0. You can leave a response, or trackback from your own site.