Posted by Scott Erb in Uncategorized on February 24, 2015

Despite his successful career culminating in being elected twice to the Presidency, some want to claim “he’s never worked” (huh?), or that he’s a horrible leader (though one who has managed to reshape American foreign policy, pass major legislation, and use his executive powers in a really effective manner).   Now one expects the opposition to dislike the President — the left certainly skewered Bush — but the rants against Obama are over the top.  They are irrational and even bizarre.

Part of it is generational.  To some – especially older white males (my demographic so I’m not knocking the whole group) – Obama is just, well, strange.   His name is Barack Hussein Obama.  He was born in an interracial marriage back when those were even less accepted than gay marriage is now.  His dad was from Africa, and his mom worked abroad and had a very progressive world view.    Living abroad allowed him to expand his horizons at a young age. 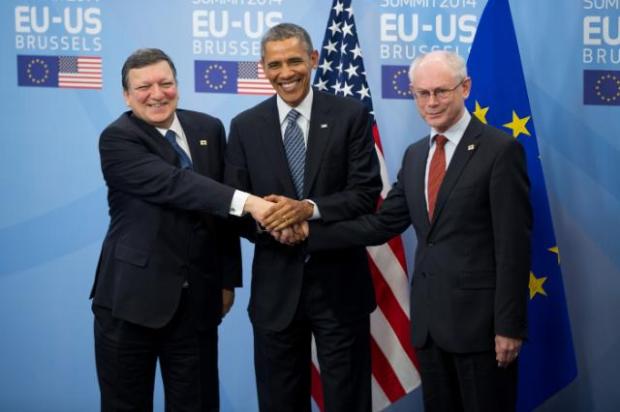 To me, that’s positive – he grew learning how to adjust to other cultures and be open minded.   I think a President should understand that the US perspective is not the only one, that makes him a better diplomat on the world stage.   Yet Giuliani said “he didn’t grow up the same,” meaning that to Rudy, Obama’s unique upbringing somehow makes him foreign.   He isn’t like past Presidents.

Obama personifies the cultural and demographic changes taking place in the US, as the country shifts away from the kind of Cold War America people like Giuliani grew up in.   God and country is being replaced by social media and diversity.  This transformation evokes fear in some who think America is being “lost” to some strange new way of thinking.  Rather than admit that cultural change is real and inevitable, they focus on Obama as the culprit and even traitor to the American ideal.  Get rid of Obama, and things will get back to “normal.”

But that is wishful thinking on the part of the reactionary right.   The cultural transformation has a momentum all its own and will continue no matter who is elected President.   This isn’t a threat to American values – Obama believes in freedom and democracy as much as Giuliani – but a sign that the US has to adapt to a world in transition.

If anything, Obama has strengthened the US image abroad.  When President Bush tried to get the UN to approve his plans to invade Iraq, he was countered by an alliance of Germany, Russia and France – an unheard of audacious opposition to US policy!   As the Iraq war went south, it became clear to the world that the US capacity to project military power to achieve political outcomes was weak, and the American public rebelled against the effort.  Then in 2008 an economic collapse brought forth the worst crisis since the great depression.   Obama inherited a country divided by war, weak on the world stage, with an economy in free fall.

The economy has turned around, and record deficits have been cut dramatically.  While the world remains dangerous, the US is no longer involved in the wars Obama inherited, and new US military action is done in conjunction with other regional powers.   Obama understands that if the US goes in and tries to take center stage the push back will be immense, as it was in Iraq.   After all, ISIS began to form in the chaos the Iraq war created.

This kind of over the top bizarre attack reflects the sense by some Americans that Obama represents a strange sinister force. It would be naive not to recognize that racism explains a part of the visceral reaction.

In short, President Obama is transitioning US foreign policy from being the leader of the West in the Cold War, to being able to partner with other states in a new multi-polar world with multiple threats.   It’s the right strategy.  On the domestic front, despite obstruction from Congress, the US is building a sustainable economy for a new era, with production finally going up.  Much work still has to be done, but the US has turned the corner from the catastrophe of 2008.

President Obama will be remembered as one of America’s great Presidents.   He is not letting the vitriol from the right get to him.   He is a leader, he knows that he has to focus on what is right rather than appease the pundits.

After all, the irrational extremes of Obamaphobia would not exist if he were not effective.  He would not have handily won two elections if Americans really thought him strange and different.  He represents the new silent majority, people looking to the future rather than the past.   The angry minority may rant and rave, but it’s a sign of their impotence in the face of a profound cultural transformation.