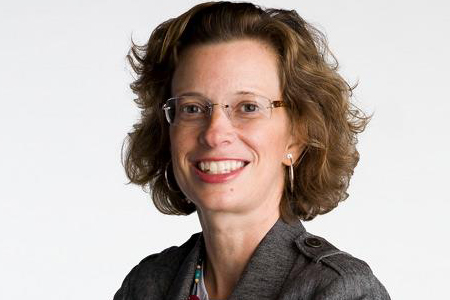 I also predicted the Senate races in 2012.   I predicted the Democrats would come out with a 56 – 44 majority, counting the two independents with the Democrats.   That was seen as wildly optimistic (especially that I picked Heidi Heitkamp and Tammy Baldwin), but I was only one seat off – and I knew my prediction of Richard Carmona in Arizona was iffy.  I did not try to predict the House in any election, though in 2010 I was skeptical that the wave would be as big as it was.

So my track record is: a) my predictions aren’t bad; and b) they are slightly biased in favor of the Democrats.   That makes sense – subconsciously everyone thinks that what they want is more likely.  Yet I do have reasons for my prediction.  So here goes:

First – really safe seats, ones NOT up for election:  34 Democrats (including 2 indies who caucus with the Democrats), 30 Republicans

First, note how there are few states that are just likely.  South Dakota probably is safe Republican, but three way races are problematic and volatile, so I can’t quite call it safe.  But this leaves us with a 45 – 45 split, and 10 races that will decide it.  Democrats must win five of those ten to keep the Senate, Republicans must win six.  So here are my predictions:

Alaska – Mark Begich over Dan Sullivan by 1
Colorado – Mark Udall over Cory Gardner by 1
Iowa – Bruce Braley over Joni Ernst by 2
Georgia – Michelle Nunn over David Perdue by 0.2% in a run off
Kansas – Greg Orman over Pat Roberts by 6 (indie – likely to caucus with the Democrats)
North Carolina – Kay Hagan over Thom Tillis by 4.5
New Hampshire – Jeanne Shaheen over Scott Brown by 4

Of the Democratic victories, Georgia, Colorado and Alaska are the ones least likely.  If I’m wrong on those three – and current polls suggest I will be, then the Republicans will control the Senate 51-49.

Why did I choose as I did?  Digging into differences in the ground game and its importance in Alaska lead me to think Begich will pull it out.  In Colorado the mail in ballot should help Udall, who also has a good get out the vote machine.   Polls in Colorado have under-counted Democrats in the past.   In Georgia I think the state is shifting purple, and Michelle Nunn is in a position to pull off an upset – she has been up in some recent polls.  Iowa is neck neck in the polls now, but early voting seems to be favoring the Democrats and bringing out more voters that didn’t vote in 2010.  There is an outlier that just came out showing Ernst up 7; five other polls show shifting leads, very small.

To be clear: I know I’m predicting an upset.   I do believe this upset is going to happen.  Last week the 6-1 Dallas Cowboys met the 2-5 Washington Redskins in Dallas.  Very few predicted a Redskins upset, but they beat the Cowboys.   (Aside:  I predict the Vikings will beat the Redskins Sunday – and that is a blatantly partisan wishful thinking prediction!)

If there is a GOP wave, as some speculate, Republicans could take all of these races and have a 55-45 majority.  I’m obviously not expecting a wave, but it’s certainly possible.   Tuesday we’ll know!

This entry was posted on November 1, 2014, 23:16 and is filed under 2014 Election, Democrats, Republicans, US Politics. You can follow any responses to this entry through RSS 2.0. You can leave a response, or trackback from your own site.