I Say ISIS You Say ISIL…

Posted by Scott Erb in Uncategorized on September 21, 2014 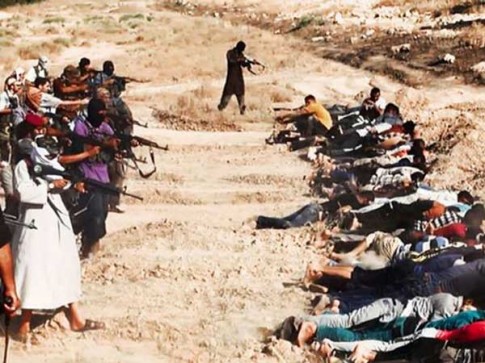 ISIS or ISIL?   It’s really a question of translation.   The borders of Arab states are for the most part artificial – that’s why Kurds reside in Turkey, Iran, Iraq and Syria, and why Iraq is divided between Sunni and Shi’a.  It’s why there even is a Kuwait (the British figured a small state with lots of oil would need British protection and thus be loyal).

The Levant is a term given by the Europeans back in the 1500s for a geographic region that includes Cyprus, Israel, Jordan, Lebanon, Palestine, Syria and some of southern Turkey.   The word comes from a French word meaning “rising” – the sun rises in the land of the East.   ISIS – the Islamic State of Iraq and Syria, is one way to translate “al-Sham,” which the Arabs also use to describe a broader set of territory than just the state of Syria.

Practically, however, it’s fair game to translate it as “Syria” or “levant.”  Levant is not a direct Arab translation, and the group operates only in Syria and Iraq.   Its ambitions may be broader, but its reach is not.   Of course, one might eschew both ISIS and ISIL.   The French go for Daesh, which is from the Arabic acronym – not translating the Arab words and taking it from the official name of the group, Al Dawla al-Islamyia fil Iraq wa’al Sham.   That could also give us Daish. 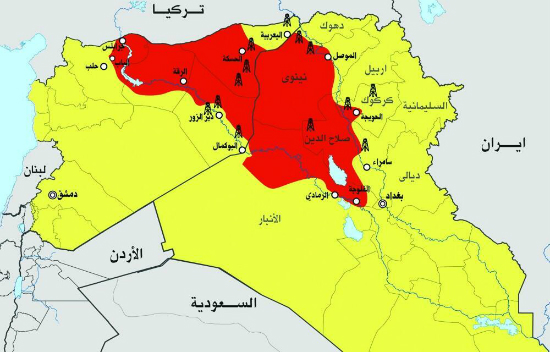 Daish has the benefit of not saying Islamic – most Muslims are offended by that group using the term.  On 60 Minutes tonight King Abdullah of Jordan was indignant – there is nothing Islamic about what they are doing.   Conservative British Prime Minister David Cameron has suggested calling it the Un-Islamic state.

Is it a state?   At one level it is a more effective state than many third world governments.  It collects taxes, sells oil (at cut rate prices), sells other items (including women to be slaves) and earns $6 million a day, making it self-sufficient.  It controls a large area of territory within Iraq and Syria.

On the other hand, the community of states haven’t granted it sovereignty, and are not likely to.  Moreover, they will fail – there is no way for them to sustain this if the international community and Arab world bands against them.  Most Arabs do not practice Salafism, their form of Islam.  That suggests going back to live the way the Umma did in Yathrib/Medina back in 630 AD.   That doesn’t mean eschewing technology – they are very proficient at using technology against the modern world – but that in tradition and rules, they want to turn the clock back 1400 years.

Those who say we should have supported Mubarak don’t understand the demographic change taking place as a large youth population come of age in the Arab world. The old dictatorial regimes cannot last.

That is NOT something most young people in the Arab world want.  And while people can point to examples of people in the West and elsewhere joining ISIS, it’s still a tiny minority.  Even the people in Syria and Iraq under their control help them out of fear rather than conviction.  This is a criminal gang that functions through raw fear, and the conviction that they’ll scare away any opposition and thus win.  They can’t win the hearts and minds of the Islamic world, but they might make them cower into submission.

Right now, the international community is waking up.   Arms are flowing from Europe and the US to ISIS enemies, and it’s possible this might finally bring the US and Iran together in a constructive way.  Iraq’s notoriously incompetent Prime Minister al-Malaki has been forced out.  His anti-Sunni bully government is one reason why Iraq squandered the chance the US gave them to succeed.   Haider al-Albadi promies to unify Iraqis, and Sunnis who realize their faith is not the same as the Salafist extremists (and who themselves are terrorized) are likely to embrace Iraqi rather than ISIS unity.

The answer is not US ground troops – they are one reason ISIS emerged as it did! It can’t be a US war. It must be multi-national.

I use ISIS because I think we’re better off with the jargon of the current state system, and it’s practically correct.  ISIS is only strong in Iraq and Syria.   But ISIS, ISIL, Daesh, or Daish…it’s all the same.

Fear mongers want to make ISIS larger than life, and somehow insinuate that massive numbers of Muslims are supporting them.  Bullshit.   Those fearmongers want to demonize Islam and their imaginative life is stimulated by fantasies of super powerful enemies.  It’s dramatic and some people want something to hate and fear.   The reality is that ISIS is an opportunity.  Moderate Arabs, the Iranians, and the West can unite to help overthrow the neanderthals and continue the progress started in the Arab Spring.

This is a process of modernization and transformation.  It took Europe 300 years to change, the Arab world is changing much more quickly.  Yet there is a kind of poetic justice to this.  Back when the Islamic world was more tolerant than the Christian world, Islamic rationalist scholars and Islamic knowledge from Spain started the process that would lead to the renaissance, the enlightenment and ultimately modernism.  The West owes a debt to the Islamic world for keeping Greek and Roman knowledge alive, and helping ignite the cultural development of the West.

Now it’s our turn to return the favor.