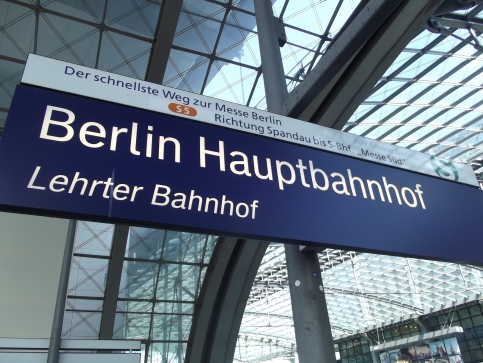 One of the joys of teaching at UMF is the ability to offer travel courses, usually in May term, winter term or February break.  My first one was back in 2000/01 over winter break with 20 students to Italy.  That was back when the US economy looked super strong so the Euro cost only 78 cents.   The Italians still used the lire, but already the European currencies were locked in the Euro rate, with Euro coins and notes taking over in 2002.  The dollar was so strong almost everyone on the trip bought leather jackets in Florence, ate out a lot, and had a small trip fee (for hotel, flight, and train) of $1250. 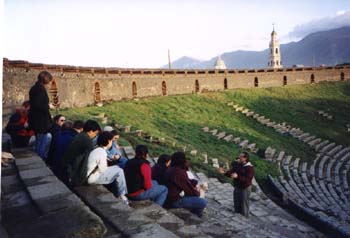 In January 2001, leading my first travel course, I gave a seminar on the EU at the Pompeii amphitheater

In the winter of 2003/04 I lead 18 students to Germany, going to Weimar, Berlin, Koeln and Koblenz.   At that time UMF had only one other professor offering travel courses, so this was new territory.   Now there are probably ten or so a year, and the university is trying to expand them. 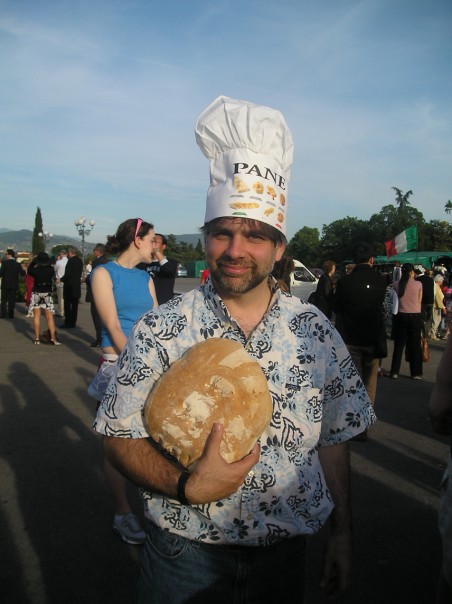 My colleague Steve Pane, at a picnic during the 2005 course for over 40 of us, near the Piazza Michelangelo

Steve, Sarah and I did a Vienna-Munich-Berlin trip in 2010, and I lead a solo trip to Berlin, Bonn and Munich in 2012.   So this Monday when I lead a solo course to Berlin, Munich and Vienna, it’ll be my 11th travel course.   They are a lot of work – organizing the itinerary, booking hotels, airfare, trains, etc.   Even on trips led by a number of us, I am the logistics/budget coordinator.  That doesn’t mean I do more work — the others have unenviable jobs of dealing with sick students (sometimes taking them to the ER), handling lost passports, or various tasks.  But the work is worth it, in some ways I enjoy traveling while teaching more than I would enjoy leisure travel.

It is extremely rewarding to be able to watch students learn another culture, to share what I’ve learned about Germany or Italy with them.  To learn about art and music from my colleagues on the multi-faculty trips, expanding my knowledge, with all of us seeing connections between the disciplines that we hadn’t before. 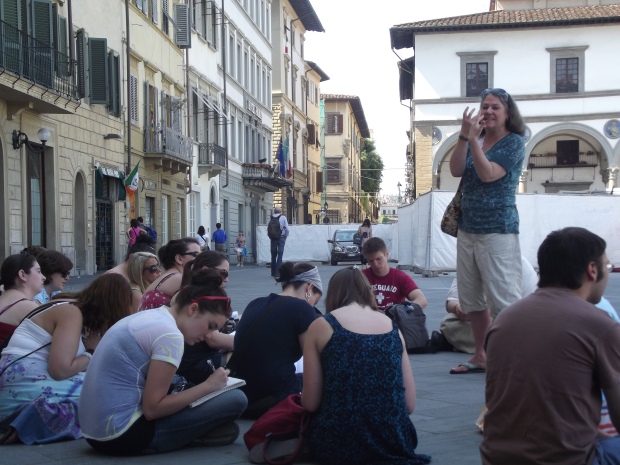 I think the second trip to Italy we were heading out for a walk after checking in to the Venice hotel.   We make sure the students stay up until at least 10:00 the day we arrive so they can get their body clocks adjusted to European time.   We were heading out and then I heard a commotion, “look at that!”  I looked – but saw nothing out of the ordinary.  The students zoomed by with cameras and started taking pictures of the canals.  Then I realized – I had been to Venice enough that the canals seemed ordinary to me, but through the students I could see them again as if for the first time.   That keeps the experiences fresh – though it is cool to know that I am quite familiar with how to navigate Venice, Florence and Rome! 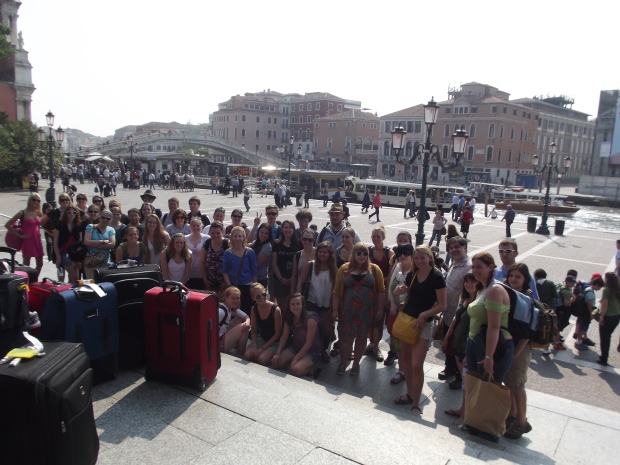 Some students have never been out of the country; we’ve had at least one who had never been on an airplane before.  Some have traveled before.   But we always develop group bonds, traveling together and sharing two weeks.   When it ends people vow to keep in touch and not lose that connection.   Alas, people do go their separate ways, but there is always talk of alumni trips or people coming back to travel again.   For many these travel courses are a life changing experience. 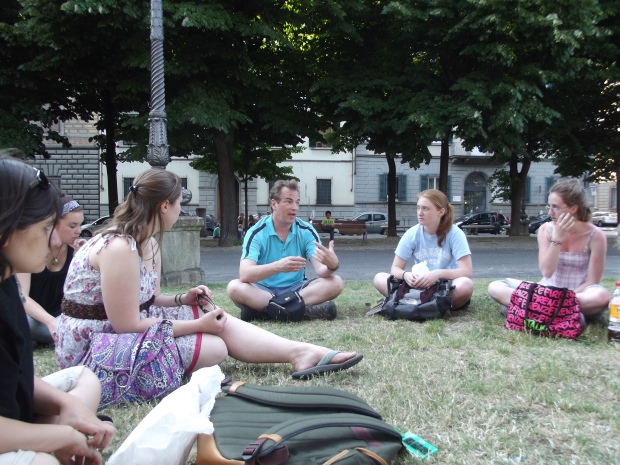 Me during the 2011 trip, at a park in Florence as we broke into groups to discuss various questions connecting course themes.

So Monday I leave with 13 students for Berlin, flying Aer Lingus via Dublin.  The course is “German Political History,” and we’ll include Austria with the Vienna visit.   Everything is arranged, the weather looks fantastic, and all I have to do is pack and hope that everyone makes it to the airport without a hitch.  Hopefully I’ll find some time to blog during the next two weeks (during the 2011 Italy trip I kept a pretty extensive blog).

So now I have to get in my grades by Sunday, pack and be ready!  I will try to blog while underway!