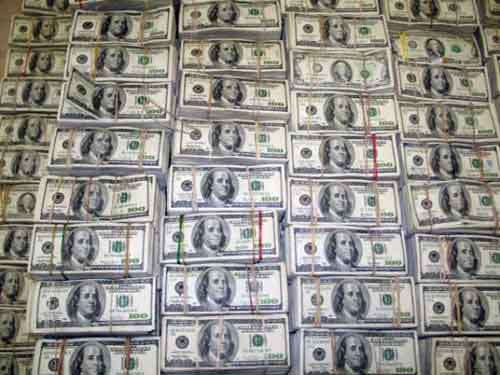 I’ve been reflecting on the economic arguments made this election cycle and find myself dissatisfied with a lot of thinking on both the left and the right.

Many people buy into a way of thinking that is essentially materialist and anti-human: that people are at base value creating mechanisms and the market correctly assigns them money according to their work and value.   This leads to false thinking on both the right and the left.   On the right, the state is demonized and the market is seen as almost magic.   On the left the rich are demonized and the the role of the state is seen as equalizing outcomes.   Both views are wrong.

Turning first to the pro-market side, many believe that taxation and efforts to expand opportunity are wrong because they “confiscate” money from those who have “earned it.”   Earning it is defined by being able to take whatever you can get away with in the market.   If one is super wealthy and the other poor, then that’s how “nature” or the “market” justly caused events to turn out.    The rich can choose to help the poor, but have no obligation.

However, no one who buys, sells, works or trades by using federal legal tender has an ethical claim on all his or her own money.   That money is provided by the government to facilitate trade and cooperation.    It brings a tremendous amount of efficiency to the system and allows people to have massively more wealth then they would without this government service. 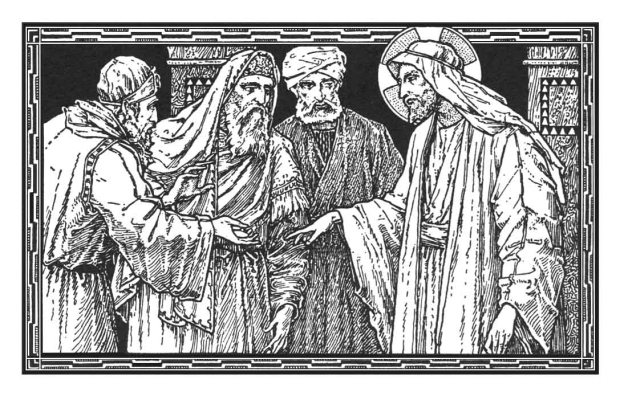 Render unto Caesar that which is Caesar’s…

If you are part of this system that makes wealth generation possible for large numbers of people, you have chosen to be part of a collective.   You have cast your lot with a web of relationships and interactions that allow you to achieve much more than you could on your own.   Without the state, only organized crime and other thugs would have wealth and most people would be living in poverty.  Only stable functioning states bring about true prosperity for large numbers of people.So if you’re benefiting from this, your money is a result of your effort, ingenuity, and the role of effective government.   Your effort matters, but the level of your success and prosperity is due to being part of a collective.    That means that the state, through legal democratic processes, has a legal claim on a chunk of your monetary wealth.

Moreover, the role of the state must be more than just being a “referee” to make sure nobody is cheating.   Power permeates all social relationships.   If you have wealth, you can structure the game in your favor.   You’re inherently not on an equal playing field with those who lack wealth.   You can get for yourself and your progeny excellent education, opportunities, good health care and if need be, start up capital.   To get a level playing field the state must actively work to assure real opportunity for all citizens, not just those with structural advantages.

The state acting solely in the role as umpire cannot protect a level playing field because the playing field is already made uneven by the distribution of power and wealth in society. 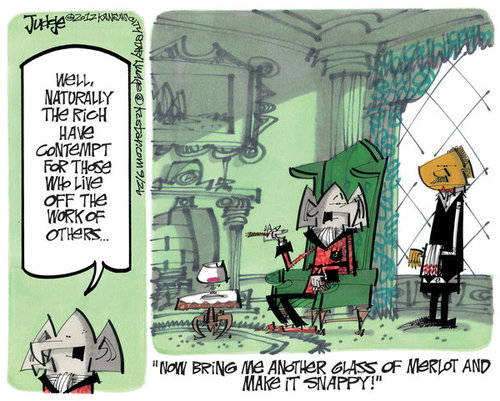 The rich often ignore this problem by denigrating and demeaning the poor, calling them “takers” and making it seem as if they want to live off the work of the rich rather than simply wanting opportunities to succeed.   This was seen in the latest gaffe by Governor Romney (quickly repudiated by other Republicans) that Obama won because he “gave gifts.”   At the height of perversity is the claim that the poor have the same opportunity simply by being in the same legal system, as if all the wealth and power of the rich don’t provide them structural advantages.

The left errs as well when they lose sight of the fact that the goal of government should be to expand opportunity so that everyone has the chance to succeed.    That does not mean equalizing outcomes.   It does not mean demonizing the rich or punishing success.  It only means that the winners pay a portion of what they’ve gained thanks to both government protections and their position in the system to create conditions whereby the losers and their children have the education, health care, legal protections and opportunities to succeed that the rich enjoy.

The rich will always be able to afford better colleges, tutors and equipment for their children.   Trying to level that will do more harm overall, and is not necessary.   Here the materialist delusion hits both the right and the left:  Wealth is irrelevant to success and happiness in life, so long as people have a sense of meaning and personal responsibility for their lives. 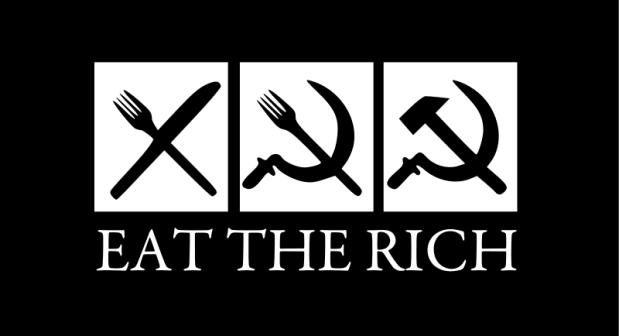 I am absolutely convinced that the wealthy are no happier or more content than the poor so long as the poor have opportunity and the chance to work to make something of their lives.   Only when poverty is so intense that basic needs are not met, or that there is no hope to be able to build a better life, does lack of wealth lead to despair.    Moreover, a psychology of dependency on government handouts damages that sense of meaning just as much as poverty can.   If the left tries to “fix” the system in a way that simply makes the poor dependent on handouts, the solution is as bad as the problem.

Not only is it OK to have rich and poor if the poor have real opportunity and their basic needs met, it’s necessary.   As long as all citizens have access to a quality education, decent nutrition, health care without risking bankruptcy and ruin, and the opportunity to succeed, outcomes should be diverse.   The market then functions properly, reflecting the desires and preferences of the public.   The left should focus on that – true liberty and opportunity for all – rather than worrying about outcomes.

This requires an active state, but also civil society and civic engagement.   Community organizers should be more important than government bureaucrats in social welfare programs.    Most importantly, we need to recognize that money and wealth are not ends in and of themselves, nor are they key to having a happy and successful life.   The rich lose no liberty just by paying more taxes, and the poor need not have equal material outcomes if they have their basic needs protected and an opportunity to succeed.

This entry was posted on November 15, 2012, 16:44 and is filed under 2012 Election, Economy, Political thought, Poverty, Taxes, Values, Welfare. You can follow any responses to this entry through RSS 2.0. You can leave a response, or trackback from your own site.