Posted by Scott Erb in 2012 Election, Democracy, Psychology, US Politics, Values on October 28, 2012

Hubert Humphrey was known in the Senate and as both Vice President and a Presidential contender as the “happy warrior,” someone who fought with unbounded energy and drive for equality and social justice, but without the bitterness that infects some activists.

As we near an election with the country divided, Humphrey should stand out as a model.  Whether your side wins or loses, there is no cause for bitterness.  Keep fighting for what you believe in, but not out of anger or resentment.

I like to live by what I call the “reality principle.”  Reality is what it is.   Getting mad or upset about things that can’t be changed is foolish and self-defeating.    If on November 6th President Obama is defeated my preferred candidate will have lost.   If I let that affect my mood and happiness, however, I’ll be acting irrationally.  I can’t give the American electorate power over my personal sense of happiness.

At base, the reality principle is simple (my version of it, not Freud’s!)   Adapt to reality.    Accept the world as it is, and don’t let the world’s injustices and problems cause personal pain and dismay.   Instead, observe with equanimity what the world offers, work hard to change what you think is wrong, and don’t get angry or upset by the things beyond your capacity to change.   Those must be accepted. 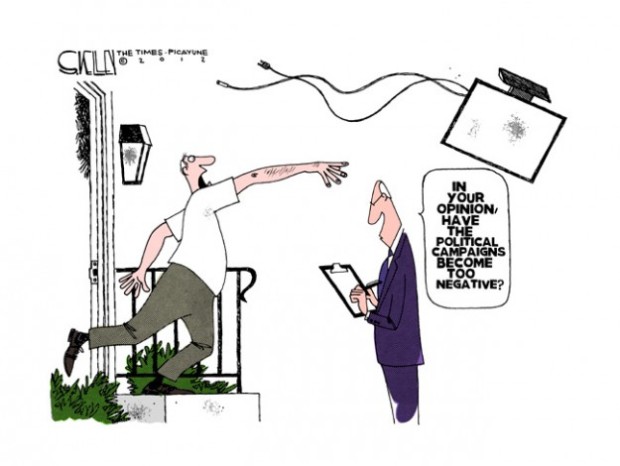 For many activists and believers of social justice, this is very, very hard to do.   One sees a world with a $30 billion sex trade industry with young girls having their lives ripped apart by evil pimps who want to use them simply to make money.   We see children being turned to warriors fighting conflicts in Africa, often having their arms scrapped open so cocaine can be rubbed directly into their bloodstream.    On the African continent nearly half the children are chronically malnourished, with little likelihood of a prosperous future.

Meanwhile we live in material opulence, taking for granted a level of comfort and ease that surpasses what most people have enjoyed throughout human history.   Even the poor live with a level of convenience and plenty that most of the world and most people throughout time lack.   Wicked men and women play with lives in order to try to control oil, resources and vast corporate empires, feeding their own psychological pathologies at the expense of others.   Many people simply partake in mindless distractions, oblivious to the good they could or should be doing.

Given all of that, the relative importance of whether Mitt Romney or Barack Obama is elected President next week seems diminished.   Moreover, the next election cycle comes in 2014 and then for President in 2016.    The game continues to be played.

Yet many on the left and right view the election through emotional partisan lenses, absolutely convinced that the election of the ‘other guy’ would be devastating for the country.    Mitt Romney made the absurd statement that if Barack Obama is elected he would guarantee that America’s best days are behind us.    The Obama campaign states Romney’s plans will drive the US back into the economic abyss.    The reality is that each will have to compromise with the other side to get anything done.   Obama has proven himself a centrist establishment Democrat while Romney is by all accounts a centrist establishment Republican.   The world will not drift towards destruction if either one of them is elected. 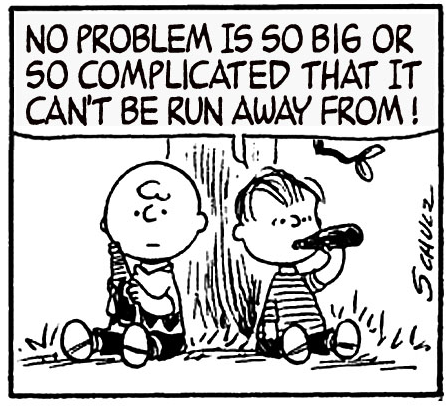 Linus’ philosophy is one way to escape letting reality have power over your happiness, but Humphrey’s approach probably brings more satisfaction!

Don’t get me wrong!  I’m not downplaying the importance of the election.   If Al Gore had gotten 600  more votes in Florida in 2000 we may not have gone to war in Iraq and might not have had exploding deficits in the 00’s.    We don’t know.   Perhaps the real estate bubble wouldn’t have happened and we’d be much better off economically – elections can make a big difference.   We’ll never know for sure what would be different – one could argue we’d be worse off without the Iraq war – but elections matter.

Yet once the election is over, that’s reality.    It should not cause anger, despair or resentment.  Reality is as it is, it has to be accepted.   Instead, following Humphrey, people who take the issues seriously should throw themselves in to doing whatever they can to promote their cause.   Not out cynical bitterness but as “happy warriors,” delighted that they have the opportunity to participate in trying to make the world a better place, recognizing that small actions can have huge long term ripple effects.

Success is not defined by achieving the ideal world, but by moving a little closer to it in the course of ones’ life.   The results of our acts are not visible to us.   We have to have faith that if we act on good will and give our effort into creating a better world we do make a difference.   We don’t need to see results or know the future to validate that faith.   We need to recognize that it’s how the world works. 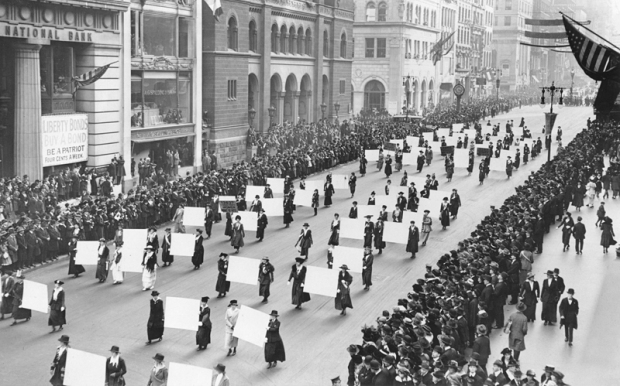 The women’s suffrage movement fought long and hard, with many political defeats and setbacks. Now, of course, their victory appears to have been inevitable.

So my hope is that people work hard to support the causes and people they think will make choices to improve the country and build a better future.   Those efforts are more important than who wins or loses on election day, and our work to build a better future cannot be tied to election cycles.     But we should never give others in the world power over our own happiness.

To much to ask?   Well, when reality really hits hard we often need time to grieve.  Go through the stages of grief, but don’t wallow there.   It’s not a fun place to be.

Hubert Humphrey lost a very close election in 1968, and his record as Vice President was marred by the Vietnam war.   Yet he never gave into bitterness or anger, got along with folk on both sides of the aisle, and remains a political icon.  Even those who disagree with his principles respect his energy, integrity and ability to be a ‘happy warrior.’    Ultimately that brings more satisfaction than giving in to the bile and anger that too often infects American politics.