The Stress of the Moment 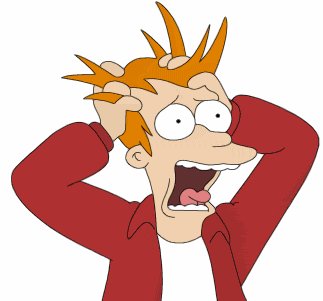 I am usually a diplomatic person who tries to treat everyone with respect.  But I am sure there is at least one person who doesn’t see me that way today.

The morning routine here is good, but gets stressful towards the end.    Check the backpacks, get the boys to brush their teeth and comb their hair, and then load the car.  Then I have to get them to turn off the TV, get their shoes on and finally make it to the car.   They sometimes fight, forget things at the last minute, and some days like today we get a bit late start.

The ten minute drive into school was good though.  Dana (6) was singing as loud as he could to Dennis DeYoung’s “100 Years from Now,” while Ryan (9) explained his theories on Nerf guns.   I get to the Mallett school (K-3) and survey the scene.   Many parents pull over and park and walk their kids to the door.   Needing to get Ryan to Cascade Brook (4-6) school down the road, I look to see where I can pull over for a quick drop off.   I pass the cars on the side, watch for any blinking lights saying someone is pulling out, and then pull over.

Dana knows the routine.  He grabs his backpack, I get out and give him a quick hug.   The time the car stops to when I pull out is thirty seconds at most.   Only this time as I’m about to say good bye a young blonde woman comes up to me. 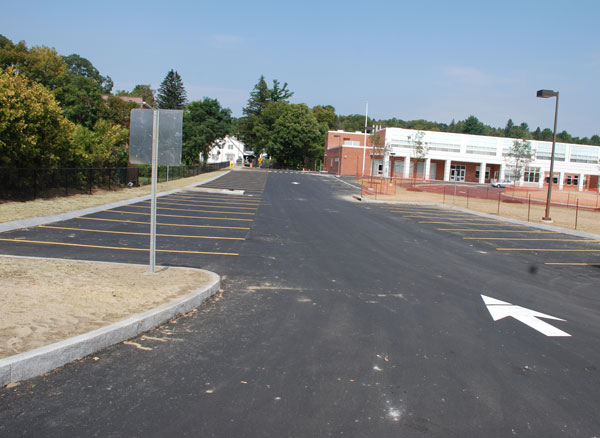 The scene. Cars pull up to the side, it’s very efficient, especially compared to Cascade Brook’s drop off/pick up

“I know you’re in a hurry,” she says politely, “but you’ve cut me off the last three days.”

I’m dumbfounded.  No way.   No way did I cut someone off today, or the last three days.   She’s wrong.   I say “Oh, OK,” and then turn to say goodbye to an amused Dana who runs off to school.

“I know you’re in a hurry, I just wanted to tell you…” she repeats.  I mutter an OK, look at my watch, see I’ve got less than five minutes before Ryan is tardy.  So I don’t look back and get in my car and drive away, feeling unfairly accused.

Of course, I realize as I drive to the second school that I handled it all wrong.  I should have smiled and said, “if I’m cutting you off I apologize, I really am careful to try to watch for other cars, but I’ll pay more attention.”    Seven seconds.  A friendly response to a polite complaint.  She’d have been happy, I’d have been proud of myself and no worries.

Instead, I spent some time indignant.  What?   Cut her off?  I don’t think so!   I watch carefully.   Perhaps she’s one of those who gets confused and stops and doesn’t do anything for awhile.  Of course I’d pass her if that’s what she does.   No way.   I’m a very good driver.   I take safety in front of the school seriously!

Then as I realized that I was letting my mood go to a dark place I suddenly knew I’d let stress cause me to to switch focus from the situation – the relation between me and a stranger – to myself alone.   I was being criticized in a stressful moment in front of my kids for something I didn’t think I did.   How dare she!

Of course, that’s a me-focus.   That happens in times of stress.   It’s wrong.   It’s defining a situation egotistically, as if the only person that mattered was me.   Instead I should have thought, “I really don’t think I did that, but she obviously does, she took the courage to come to me and talk politely, and I should respect that.   I can err, maybe I did drive in a way that could be seen as ‘cutting her off.'”

But, of course, the insight comes too late.   I acted like a hurried jerk, and she probably has a very negative opinion of me.

My take aways:  1) I have to remember this when others act rudely or brusquely to me.   Nine times out of ten people who behave as jerks are really decent people caught up in the stress of the moment, egotistically reading a situation as being “all about me” rather than relational.   I just got a reminder of how easy it was to fall into that trap, I have to show understanding when others do the same; and 2) I have to keep working on my own behavior.

I think most of my friends would have been surprised that I didn’t respond nicely to the lady – they’d say, “wow, that’s not the Scott I know.”   Yet while I may act that way a lot less than I did when I was younger, it still comes out.   I have to catch myself earlier, pull myself back and say “think of the other person and the situation, not just your own emotions.”

And I have motivation.   I was bothered by my moment of weakness all day, feeling regretful about being rude — not mean, I didn’t really say anything to her, I just brushed her off — and wishing I could replay that scene with behavior I could respect.

But hey – I can blog about it.   Who knows, maybe she’ll stumble on this blog.   Or, for those of who are reading this, keep in mind the next time someone responds rudely that it doesn’t mean he or she is a bad person.   Sometimes the stress of the moment brings out weakness.

This entry was posted on September 26, 2012, 20:29 and is filed under Family, Psychology. You can follow any responses to this entry through RSS 2.0. You can leave a response, or trackback from your own site.