Proud to be a Vikings Fan!

Rookie Blair Walsh in his first NFL game hits a 55 yard field goal with time expiring to send the game to OT (he’d kick a 38 yarder to ultimately win it).  Walsh is #3, his holder punter Chris Kluwe is #5

Vikings kicker Blair Walsh and punter Chris Kluwe had very good weeks, though in different ways.   Walsh, a rookie playing his first NFL regular season game was called upon to tie the game with a 55 yard field goal as time expired.  He did it.   My youngest son had soccer, so I cheered him on while watching play by play updates appear on my Iphone, meaning I tended to cheer at inappropriate times.

Walsh’s holder was Chris Kluwe, who punted five times for an average of 44.4 yards, keeping returns to 4 yards on average.   Kluwe’s consistency is why he’s been the Vikings punter since 2005.    He’s one of the league’s best.

His biggest contribution of the week was off the field, however.

It started when Baltimore linebacker Brendon Ayanbadejo donated two Ravens season tickets to a group supporting the ballot initiative to allow same sex marriage in Maryland.    His support of same sex marriage isn’t new; he wrote about it in 2009 for the Huffington Post and made a video to support the Maryland effort for marriage equality.    This incensed Maryland Democrat Emmett Burns, who serves in the State House of Representatives.    The black veteran of the civil rights movement felt compelled to write to Ravens owner Steve Bisciotti asking him to shut the trouble maker up. 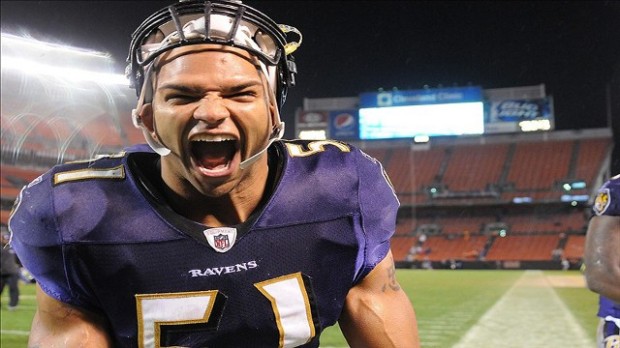 Brendon Ayanbadejo of the Baltimore Ravens

He said he thought it “inconceivable” that an NFL player could support gay marriage (I mean, the NFL is for the tough guys, not the sissies, right?)

“Many of my constituents and your football supporters are appalled and aghast that a member of the Ravens Football Team would step into this controversial divide and try to sway public opinion one way or the other.  Many of your fans are opposed to such a view and feel it has no place in a sport that is strictly for pride, entertainment and excitement,” Burns said, noting that the Ravens should “inhibit such expressions from your employee and that he be ordered to cease and desist such injurious actions.” Instead the linebacker should “concentrate on football and steer clear of dividing the fan base.”

Burns, a 72 year old black Minister might be excused for simply being behind the times.    He’s old, after all.    On the other hand, one wonders what he would have thought if someone had made comments like that about support for blacks during the civil rights movement! 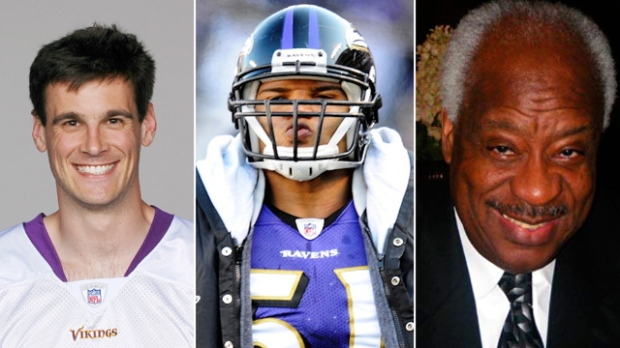 So Vikings punter Chris Kluwe decided to stand up for his fellow NFL player and wrote an open letter in response, which can be found here: Kluwe’s letter.   It is one of the most refreshingly honest and hard hitting take downs of a politician I can remember, even if you don’t like the “colorful” language.   A tidbit (but read the whole thing):

I can assure you that gay people getting married will have zero effect on your life. They won’t come into your house and steal your children. They won’t magically turn you into a lustful cockmonster. They won’t even overthrow the government in an orgy of hedonistic debauchery because all of a sudden they have the same legal rights as the other 90 percent of our population, rights like Social Security benefits, childcare tax credits, family and medical leave to take care of loved ones, and COBRA health care for spouses and children. You know what having these rights will make gay Americans? Full-fledged citizens, just like everyone else, with the freedom to pursue happiness and all that that entails. Do the civil-rights struggles of the past 200 years mean absolutely nothing to you?

In closing, I would like to say that I hope this letter in some small way causes you to reflect upon the magnitude of the colossal foot-in-mouth clusterfuck you so brazenly unleashed on a man whose only crime was speaking out for something he believed in. Best of luck in the next election; I’m fairly certain you might need it.

P.S. I’ve also been vocal as hell about the issue of gay marriage, so you can take your “I know of no other NFL player who has done what Mr. Ayanbadejo is doing” and shove it in your closed-minded, totally-lacking-in-empathy pie hole. 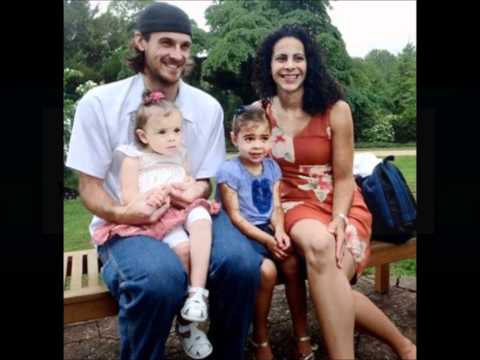 Kluwe, here with his family, is not afraid to speak his mind – he recently criticized the NFL replacement officials, saying the league should settle the labor dispute

It ends well.   The Ravens stood solidly behind their player.   Others came out in support of Ayanbadejo, showing that the cultural change in attitudes on gay rights is evident even in the macho world of professional football.   Burns has backed down, saying on reflection the first amendment does indeed grant the right for football players and politicians to state their opinions.

Sadly, it seems lost on Burns how ironic it is that he fought for civil rights for blacks while now wanting to deny them to homosexuals.    He’s old physically but that’s no excuse for him to close his mind and hold on to past bigotry.   From his tone, though, it sounds like his contribution to this civil rights movement is to make those on his side look ridiculous.

As a human who believes in equal rights, I applaud Ayanbadejo and Kluwe for speaking out.   As a Viking fan for over forty years, I’m proud that Kluwe puts my team in a good light.   It may be a small story in the grand scheme of things, but it’s symbolic of how our culture is changing.   And with all due respect to Reverend Burns, it’s changing for the better.