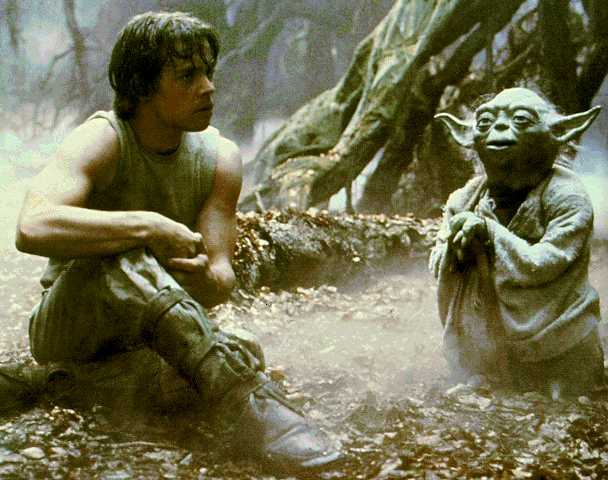 “Fear is the path to the dark side. Fear leads to anger. Anger leads to hate. Hate leads to suffering.”

About a year and a half ago I had a number of Star Wars themed posts, thanks to my kids becoming totally immersed in the story, playing Wii Lego Star Wars, learning the characters (even minor ones I’d never heard of like Bobo Fett or Captain Rex) and building ships with Legos.   Alas, their video interests shifted.   Ryan got into a video game which had him becoming a mercenary battling Universal Petroleum in Venezuela, both became engulfed in the world of Pokemon, and Star Wars was forgotten.   I got Blu Ray discs of the entire movie series for Christmas which remained unwatched as the kids dominated the television watching “The Regular Show,” “Pheneas and Ferb,” and “Good Luck Charlie.”

I actually truly enjoy both Phineas and Ferb and “Good Luck Charlie” – two of the shows the kids are into these days!

But this week for some reason Star Wars returned, and in fact we’ve been going through the series from episode 1 to episode 6.   I’ve never actually watched them in that order before.   The last time I watched all six within a period of a week or two it was 4, 5 and 6 followed by 1, 2 and 3 – the order in which they were released.   After all, that’s how fans experienced them.    Yet for the boys that order made no sense — and it’s been a pleasure (even if it meant that a couple of beautiful afternoons were spent indoors – Star Wars is worth sacrificing an afternoon of outdoor play).

First, when watched in the “proper” order, it is very clearly the story of the redemption of Anakin Skywalker.   When the first trilogy came out it was not; Luke was the hero and Darth Vader was his nemesis.   Only in episode five (“The Empire Strikes Back”) did it get revealed that Vader was Luke’s father, with Yoda only hinting that he might have a twin (“There is another,” he replies to Obi Wan’s spirit after Obi Wan says Luke is their last hope.)

Some of George Lucas’ colleagues were upset with all this in episode five, especially bringing in the Emperor as the master of evil, thereby diminishing Vader in the Vader vs. Luke dynamic.    Episode Six was about Luke becoming a Jedi, saving his father’s soul and learning he had a sister.   But Anakin Skywalker was important only in a symbolic way, we connected with the son finding closure over not growing up with a father.   How Anakin fell or why was unknown.   In fact, Leia even vaguely remembered her mom — which now has to be seen as either an error or a sign that the force can cause even newborns to commit a scene to memory.

Yoda’s encounter with Chewbacca in Episode 3 adds to the sense that he and Han Solo were guided by destiny, even as Solo dismissed “the Force” as silly superstition

But watching episodes four through six right after the first three caused me to see the originals in a new way — a way one could not have seen them thirty years ago.   I could imagine Anakin’s voice behind Vader’s supposedly synthesized voice.  I could see Anakin’s personality in Episode V as he tries to convince Luke to join him and rule the galaxy as father and son.    Anakin’s break from the dark side to betray the Emperor was not just about a father seeing his son being killed, but a recapturing of the good that Padme and Luke knew was still in him.

Watching this, I had to marvel at the story telling power that George Lucas commands.   In his prequels he put together a stand alone story with power.   The last thirty minutes of Episode 3 are riveting.   But for fans willing to think about the original series with an open mind, he created a new, deeper and more meaningful experience.   From the city planet of Coruscant there is the feel of shifting from political intrigue to a raw feel of the rebellion in the original films.   Their lower tech effects don’t stand out as the story is put in a simpler setting.

George Lucas also added bits and made improvements in the originals.   Some fans thought that was sacrilege, messing with a classic product.  But Lucas is an artist who wants to improve and perfect his work.    I respect that. 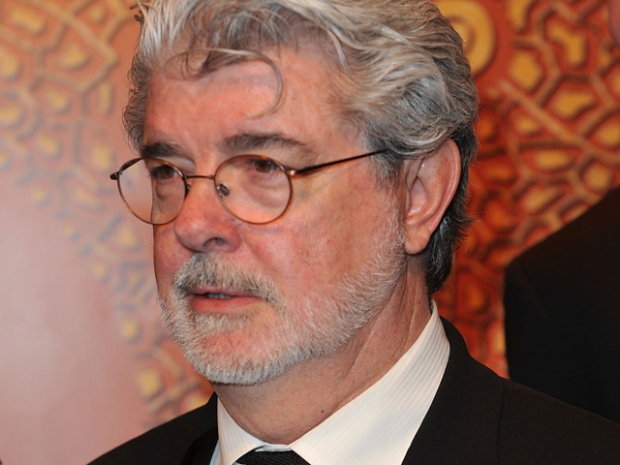 Star Wars would not have come into being if Lucas wasn’t a stubborn fighter willing to follow his vision despite criticism. So when he wants to make changes to improve his originals and some fans scream foul, it’s in keeping with the spirit of Star Wars that he does what he wants, despite criticism.

And ultimately what makes this more than just another action series is not only the cultural impact it had when released, but depth of thought in the story line.  It’s fast paced and action packed with a subtle philosophy of the force and the power of calm courage against fear and hatred.    Where Batman might just be a vigilante against villains, Star Wars represents the power of patience, ethics and a sense of unity against fear, anger and greed.   Star Wars is good vs. evil both in terms of the people and their values.   The message touches something inside.

Though he slaughtered children, destroyed a planet, and killed without mercy or regret, Darth Vader still had good in his hear and could be redeemed.

After all, what other movies from the 70s generate such interest and passion, even among six year olds?   And maybe as we head into our daily routines we can think about Yoda’s message.   Be patient and calm,  avoid fear and anger, focus on one’s higher self and deal with the problems as they arise, living in the present and not fretting about past or future.   Perhaps most important is to seek the good in others, understanding and forgiving their failures.  After all, if Anakin Skywalker/Darth Vader can be redeemed, couldn’t anyone?   May the Force Be With You.

This entry was posted on August 27, 2012, 13:34 and is filed under Entertainment, Film, Star Wars, Values. You can follow any responses to this entry through RSS 2.0. You can leave a response, or trackback from your own site.