There’s Something About Julia

The Republicans  are shooting themselves in the foot in response to an Infographic on the Obama website that demonstrates how Obama’s programs compare with Romney’s in the life of a fictional woman named Julia.

It starts at age three, when she gets to participate in a head start program to help prepare her for Kindergarten.   Romney’s plan would cut Head Start by 200,000 spots.   The idea behind Head Start is to identify children who might fail to make the grade in school and give them support so they can succeed, this usually involves children in poverty or who have some developmental problems.

At 22 she needs major surgery and luckily has her health care covered.   This would not happen if the Republicans repeal Obamacare.   Having known students whose educational path was severely rocked by such health problems (some never finished), this is definitely a very real possibility.

She then goes to work and gets a job as a web designer, helped by the Lilly Ledbetter fair pay act.   I suspect web designer positions are not those which suffer large gender pay gaps, but OK.     She also benefits from lower interest rates on her student loans (Romney, the site says, would have interest rates double).     And of course her insurance covers birth control and preventive care.  As much as the GOP harps on “religious freedom,” the idea that insurance might cover viagra but not contraception or preventive women’s health makes this a winning issue for the Democrats.

She has good pre-natal care when she has a child.   As a web designer she might have good insurance anyway, but a lot of women now don’t get that care, which increases infant mortality and adds to the burden of poverty.   Romney would repeal Obamacare, which guarantees such coverage.   When she’s 37 her son starts Kindergarten, benefiting from better funded schools than the GOP budget that would supposedly take money away from public education.

When she’s 42 the entrepreneur mom wants to start her own web design business.   She qualifies for a small business loan, a program Romney’s budget would supposedly cut by 20%.     When she retires she has medicare and full coverage, rather than the voucher the Republicans support, which Obama’s camp says would add over $6000 per year to the cost.   In retirement her social security benefits are solid (the GOP, the ad claims, wants to cut them by 40%).   The final slide concludes:  From cracking down on gender discrimination in health care costs to fighting for equal pay, President Obama is standing up for women throughout their lives.

What’s interesting is how this reflects the dynamic of the campaign.

First, the Obama campaign knows it has an advantage with women and wants to keep it.   Gaffes like the Hillary Rosen remark have very short half lives, real policy differences endure.    Second, note who Julia is — a web designer who becomes an entrepreneur raising a child.  Single, married or divorced?   We don’t know, it presumably doesn’t matter.   This is an “every woman” kind of life, but Julia is also a hard working business woman – no leeching welfare queen.

The emphasis on health care is also telling.   The Obama team hasn’t been talking alot about Obamacare (except to take ownership of the label the Republicans slapped on it), but is trying to subtly send messages that get people to like what it does.    Given how bad the US system was in comparison to every other industrialized state, this should be a winning argument for the Democrats if they frame it well.

But where the Republicans show their weakness is the knee jerk response by many on the right.   Pundits and even the RNC jumped on it as a “socialistic” narrative of a woman needing the ‘nanny state’ to succeed.   This, they claim, is Obama’s vision, success only through big government handouts.    Typical is a response from Michelle Malkin:    “I will read Life of #Julia to my kids to show them how NOT to live their lives – tethered to Nanny State.”

Really, an enterpreneur mom is ‘tethered to the nanny state?’   But that’s not the point.   That kind of response is red meat for the core Republican constituency, it’s the kind of reply you’d make in a GOP primary campaign.   People ready to buy that “socialist nanny state” rhetoric have already decided long ago against Obama.    That kind of rhetoric helps the Democratic narrative that the Republicans are ‘out of touch ideologues’ so focused on abstract ideology that they forget real people.

Another reaction is to say things like “Julia will have no job in the Obama economy.”   OK, it’s hard getting jobs now, though the economic debate is a murky one since Obama inherited an economy in collapse and most people don’t blame him for its condition.

But the GOP could approach it another way.   They could say the facts are wrong and otherwise ignore it.   There are many claims about what Romney would do that are indirect at best.     They come from statements made in the primary campaign (when Romney was trying to prove he was a ‘true’ conservative) supporting things like the Paul Ryan budget, not from actual Romney campaign positions.     The point is that much of what Julia gets are things that Romney would not cut.

By calling the programs listed ‘socialist’ or ‘nanny state,’ it makes it sound like Republicans think prenatal care, spending on schools, and small business loans are things the GOP opposes.   The GOP response makes it seem like the Republicans oppose any assistance, thereby advancing the Democratic narrative.    Again, they seem to have forgotten that the general election has a different audience than primary season.

Finally, if I were in the RNC I’d just ignore this.   It’s an infographic on a campaign website.   Big deal.   The Republicans already have a problem with women’s issues, and the more this gets talked about the less time people spend on issues the Republicans want to talk about.   By making it the ‘subject of the day’ and taking it seriously, they elevated Julia’s importance and her efficacy. 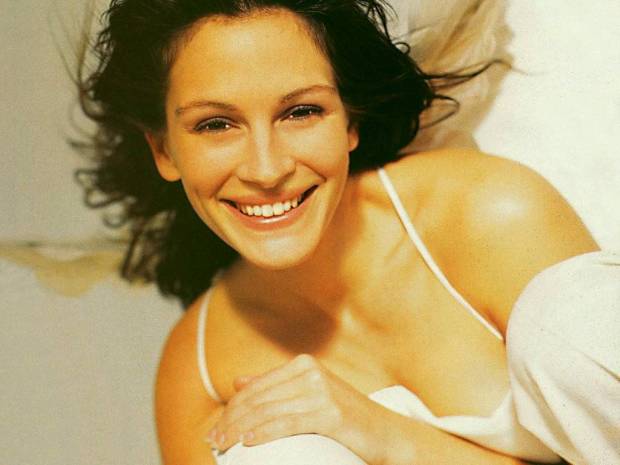 The GOP just can’t help but obsess on Julia

The way the RNC and conservative pundits have botched their reaction to this shows a fundamental weakness of the Romney camp in this election cycle.    They’re clumsy at messaging and they’re reacting to the Obama campaign rather than guiding the discourse.    Or maybe there’s just something about Julia.   Maybe she’s just too enthralling to ignore!

This entry was posted on May 4, 2012, 20:32 and is filed under 2012 Election, Barack Obama, Democrats, Economy, Health Care, Mitt Romney, Republicans, US Politics. You can follow any responses to this entry through RSS 2.0. You can leave a response, or trackback from your own site.