The Folly of Striking Iran 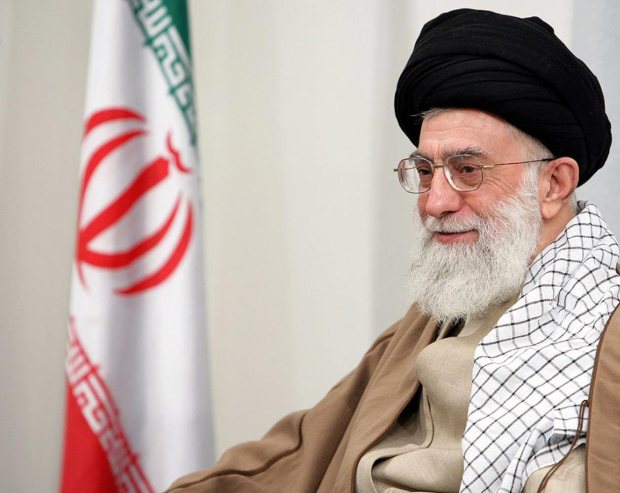 Right now President Obama’s chances of re-election look good.    The Republicans are in disarray, he has no primary challenger and most importantly the economy appears on an upswing.   Taken together, the stars are aligning for the President better than any time since early in his Administration.   In politics, timing is everything.   However, lurking under the radar screen of most Americans is the possibility of an Israeli or (less likely) American strike on suspected Iranian nuclear facilities.

Already President Obama is being criticized for not giving Israel high tech bunker busting weaponry that could increase the chances (but not guarantee) that an Israeli strike would work.    The CIA has consistently said that they do not think Iran is close to possessing a nuclear weapon and many doubt they actually want to go through with producing one.   There are also serious doubts about Iran’s delivery systems.

The reason both Presidents Bush and Obama have tried to hold Israel back is that such a strike is not at all in the US national interest.   A nuclear Iran (like the nuclear North Korea) would be an irritant, but not a major threat.

If Israel or the US struck Iran, however, the results could be devastating.  Oil prices would certainly skyrocket putting the economy back into recession just in time for the election.    President Obama would likely lose, especially if his base was infuriated by him starting another offensive war.   The Euro crisis would deepen as well, and the world economy would be back where it was in 2008 – or worse.   And that’s a best case scenario!

Israeli Prime Minister Netanyahu and Defense Minister Ehud Barak: What are they thinking?

In a worst case scenario the bombing unleashes a series of attacks on US interests in the region.   The Shi’ites in Iraq radicalize and ally with Iran, the Taliban uses this to incite the youth in Afghanistan, Hezbollah and Hamas launch terror strikes against Israel, and the region drifts towards the worst regional war since 1973.

Hezbollah remains a threat - one that Israel underestimated in 2006

Oil prices could rise to astronomical heights, the straits of Hormuz could be closed, Saudi oil facilities attacked, and unrest against even stable regimes like that of Saudi Arabia could grow.

From the US perspective there is little upside to an attack on Iran.   The only interest the Iranians can directly threaten is the oil supply, but the risk is small.   Especially since prices are unlikely to drop precipitously, the US and Iran share an interest in keeping Persian Gulf oil flowing.   And the Carter doctrine still applies – nobody thinks that Iranian nukes would deter a US response to Iranian aggression threatening the flow of oil.  Iran would be loathe to escalate such a crisis to the nuclear level since that would mean the end of the Islamic Republic.

Iran’s power would grow in a region includes the Arab states, Israel, Russia, China, Pakistan and Afghanistan.   All other things being equal the US would prefer Iran be a weaker rather than a stronger regional power, but there are many options to balance Iranian power and contain any effort to extend it.   There would be concerns of further proliferation, but there would be many ways to prevent that.

Another indirect threat would be that Iran would give nuclear technology to terror organizations.   That sounds scary, but a country that works hard to gain a nuclear weapon does not give up control of them to people they can’t control.    Even now Iran limits what it gives groups like Hezbollah – and the Iranians certainly don’t want Hezbollah hotheads provoking a nuclear strike on Iran!

Remembering how wrong the US was about the Iraq war it would be a mistake to assume an attack on Iran would be low risk.   The war in Iraq was supposed to be easy, cheap, and yield a stable, safe pro-American ally offering us permanent regional bases.   None of that turned out to be the case.

The main dangers in striking Iran:  1)  There might be no benefit at all as Iran may have successfully decoyed its program; 2) This could severely undercut the reform movement in Iran, whose success would do more than anything to support US regional interests; 3)  After years of decreased influence and appeal, al qaeda and other radical groups could benefit from the US launching another war of aggression and the terrorist threat could spike dramatically, undermining our counter-terrorism efforts; 4) An oil price spike could not only bring us back into recession, but if the crisis were to drag on global depression is quite possible; 5) Iran could respond to an attack by escalating the war to create regional instability.

In the case of number 5, the US would see no alternative but to try to create “regime change” in Tehran.   This would cause unrest in the US.   Strong, angry domestic opposition to such a war would be far more intense than the opposition to the war in Iraq – national stability would be jeopardized, especially if an unpopular war were to be accompanied by deep recession or depression.    In short, this could lead to a crisis far more severe than any yet faced by the US or perhaps the industrialized West in the modern era. 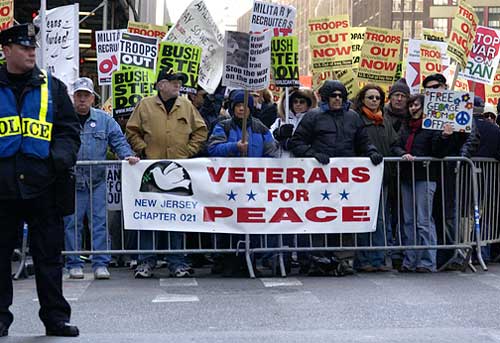 Protests against the Iraq war were relatively mild; a war with Iran could unleash far more division

I cannot imagine people at the Pentagon and in the Department of Defense seeing any persuasive rationale for a strike against Iran.   I can imagine they will pull all the stops to assure that Israel refrain from its own strike, perhaps even suggesting that US support for the Jewish state cannot be assured if they start the war.

This entry was posted on February 27, 2012, 00:02 and is filed under 2012 Election, Afghanistan, Al Qaeda, Economy, Foreign Policy, Iran, Israel, Oil, Republicans, War. You can follow any responses to this entry through RSS 2.0. You can leave a response, or trackback from your own site.