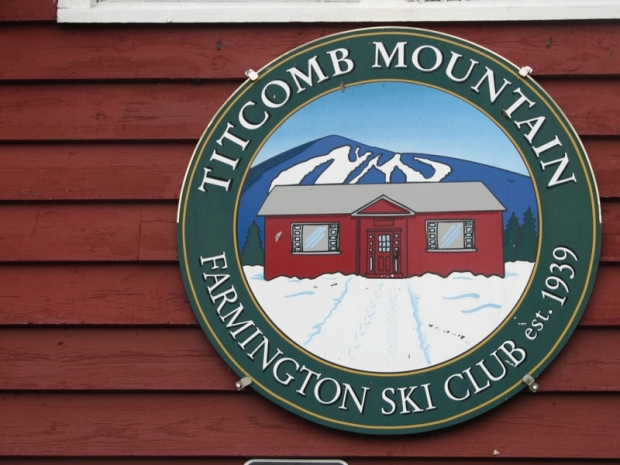 I’ve skied every day this year.   Granted, the year is two days old (probably three by the time I post this), so that’s not saying much.    Moreover, I did so despite the fact that we still have no snow on the ground and outside temperatures have been warm.   That’s because our local mountain, Mt. Titcomb, invested in massively upgrading their snow making equipment this year — and it was worth it.

The Farmington Ski Club formed in 1939 and continues to run the mountain to this day.   It is one of the few “club” owned ski centers, and as such is not a ‘for profit’ business.   It’s dedicated to serving skiers and families in the community.   People volunteer to run the snack bar, attend the lifts and otherwise help out, thereby keeping costs down.   This means a family can buy a pass for both Alpine and cross country skiing (when there is snow they have excellent trails) for less than $200 a person.  It’s actually not buying a pass but joining the club.

If you go up to Sugarloaf it’s nearly $100 for one day!   To be sure, the mountain is small, there is no chair lift but only a toe rope and two T-bars, but it has a number of excellent runs (most aren’t yet open due to lack of snow), some extremely challenging and you can have a lot of fun skiing there.   I certainly don’t get bored! 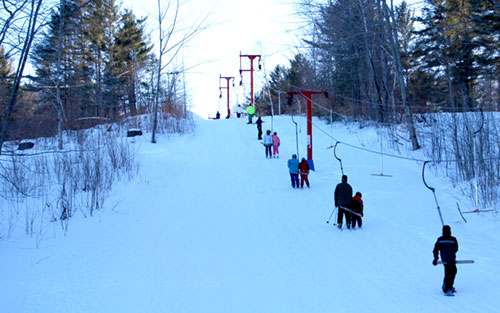 Once you get used to the T-bars, they're not so bad

The ski club also sponsors a ski swap sale early in the season.  I volunteered to help with clean up after the sale this year and it enjoyable.   Another couple had volunteered and we found we had mutual friends (we’d each been to their piano concert in Waterville the night before) and joked around the whole time.     The conversations I overheard were interesting:   People out of work struggling to find anything (it’s a bad economy when you can’t even get a job as a Walmart greeter!),  talk of church related events, who the kids have as teachers this year (‘really, she’s so old! I had her back when I was in 2nd grade’ said a mom who looked just out of high school), etc.

Paper records are kept of every item to be sold and every sale.  The workers (volunteers) physically match these up and then when the sale is over you come in and find out if your item has been sold.   If so you join a long line waiting for one man to write a check in the amount of the purchase.   If not you have to pick up your rejected equipment.   I’m sure someday at the time of purchase money will transfer to the seller’s account with an alert sent to a smartphone.  But now there’s still the man writing checks one by one.    And nobody’s complaining about the wait.

When you have growing children it’s a necessity to have something like this; they need new boots every year and new skis every two or three years.  Mt. Titcomb and the Farmington Ski Club are very special; families with modest means can spend a winter skiing and socializing.  It’s not about profit and commercialization, it’s about community (collectivism rocks!)

For kids it’s a great place to go after school to meet up with friends.    People know each other, watch out for each others’ kids, and as a parent I felt no qualms about letting my eldest simply take off and ski when he was only five years old and I stayed in the warming house with his then 3 year old brother.    They also have events, programs for racing, youth programs to learn to ski, etc.   The snack bar is what a snack bar should be — greasy and delicious.    None of this fast food efficiency or sterile blandness.   My pizza slice today was probably about 45 minutes old and warmed a few seconds in the microwave.  Yet it was ten times better than Pizza Hut!   The kids like the red hot dogs. 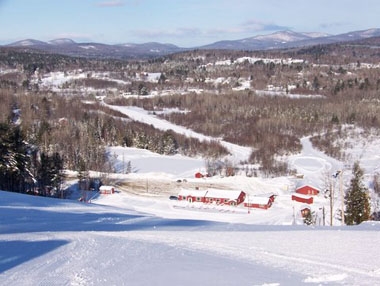 I can't find a photo to do justice to how beautiful this place is, nestled in the foothills with a comfortable old fashioned warming lodge.

Now our eldest is 8 and the youngest just turned six — and both can ski down the hill as fast if not faster than me.   Last year the eldest mastered trails I avoided.   That amazes me.   In much of the country skiing is for rich folk.   I didn’t ski until I was 19, and my friends that did ski when I was growing up were my rich friends.  Skiing meant going to a ressort or traveling long distances when you lived in South Dakota.   The local ski area where I grew up, a kind of ‘bump on the prairie’ wasn’t cheap either.   To think my kindergartner can zoom down the slopes with confidence gives me a kind of a rush!

It’s also a nice foil to the video game world we live in.   I have to admit, I do not see the appeal of video games.   It’s not a technology thing either.  I don’t understand why people like puzzles, crossword puzzles, or rubics cubes.   All that work and effort for what, to get a cube with all the colors the same on each side?   Words written in blocks up, down and across on a paper?   What value is that?  If I’m going spend time on effort on something, there has to be some kind of pay off – ‘leveling up’ in a game just doesn’t do it for me.   I’d need cash.

To be sure, blogging fulfills a similar function for me, I gain nothing from games but like to be creative.   Yet my kids love games.   My just turned six year old will regale me detailed information about Pokemon battles (including the moves, names, and types), talk about his spell and pets on Wizard 101, or go into a Gamestop store and get on an XBox and quickly master whatever game is being displayed.   The fact that we don’t have an XBox slows him only a tad.    He also doesn’t seem to comprehend that I’m not at all interested in the fact his Pokemon just evolved, or that his wizard has a new pet piggle.  I’ve learned from his detailed descriptions that these games slightly more complicated than particle physics.

The boys can play for hours, calling each other over to see when some new event or special battle takes place.  That’s convenient when I have lots of work to do, but I’ve heard that letting your kids play videos sunrise to sunset is frowned upon.   ‘You got your son a DSi for his sixth birthday?’ asked a friend in horror crunching her nose in contempt.   Well, she actually said “oh, I’m sure he likes that,” but I knew what she was thinking!

And as I’m learning with Wizard 101, the games are designed to make money.   They start free, but soon kids ask to buy crowns in order to do special things.   2500 crowns for $5?  Sure, it’ll make the kids happy.   Now they’re wanting to wipe out their bank accounts to buy more crowns to furnish their mansions (which they bought because their original dorms were too small).   I mean, huh?

Yet compare the time they spend on this with the time they spend with often much more expensive toys that just sit around (hey, what about this air hockey table we got for Christmas – why has nobody played it since December 26th?), and I can’t say it’s a waste of money.   Having an real object opposed to a virtual one is meaningless if the real one just sits  there – at least the virtual stuff gets attention.

Then there’s skiing.   Both boys love it, they’re in the sun, having fun, exercising and learning that Maine tradition of wanting snow — and not just for a school day.   Even on the few runs open due to the limits of snowmaking the views are awesome and skiing remains the closest physical approximation of a religious experience (well, maybe the second closest) – speed, beauty, movement and serenity wrapped together.

And if after a day of skiing they want to play a video game or watch Futurama (yes, my six year old watches Futurama – stop crunching your noses in contempt!) that’s OK.  Skiing is magic, and here in Farmington, Maine, it’s the way life should be.

This entry was posted on January 3, 2012, 00:40 and is filed under Children, Culture, Family, Farmington ME, Maine, Sports. You can follow any responses to this entry through RSS 2.0. You can leave a response, or trackback from your own site.