An Eye of Newt… 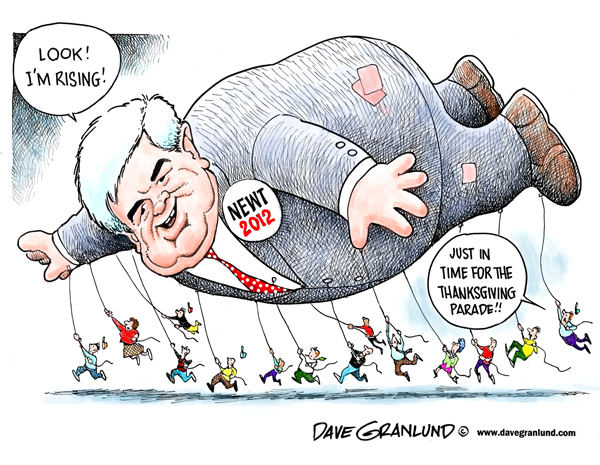 The recipee for producing a Republican nominee for the 2012 race against President Obama is beginning to look a bit carnivalesque.   The latest is that Newt Gingrich, the controversial former Speaker of the House whose campaign was declared dead after his bombast and lack of self-discipline led much of his team to quit last summer, is rising to the head of the GOP race.

The problem is that the Republican primary voters are wary of Mitt Romney.   He’s had too many flip flops, seems too connected to both Wall Street and the inside the beltway crowd, and he’s Mormon.  The latter isn’t stated openly, but it’s there.   The thing about Mitt is that he’s electable.   He doesn’t scare independents.   He may seem a bit greasy in his politics, but by all accounts he’s steadfast in his daily life and devotion to family.   He would likely make a very strong candidate, even a good President. 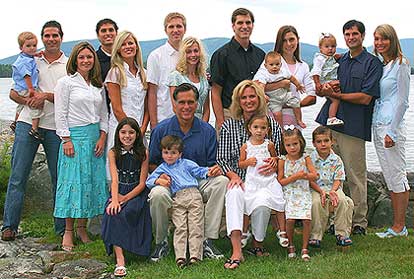 But conservatives fear he’ll be unwilling to aggressively attack liberal positions and be more likely to work with Democrats.  That trait makes him attractive to independents, but hurts him in the GOP primary.   So though he’s been the front runner, Republicans have searched for someone to replace him.    First Michelle Bachmann seemed to have the inside track.   She performed well early, but under scrutiny she did not seem up to the task.   When she called to a return of tax rates to that of the Reagan era (when taxes were much higher), it was the last straw.   Bachmann is still running, but no longer a serious contender.

When she went down, Rick Perry shot up.   He was a straight talking Texan who was ruggedly handsome, quintessentially American and even evoked memories of Ronald Reagan.   At least, he was all that before campaigning.   Welcomed by many Republicans as the conservative who could both defeat Romney and charm the voters, he started to unravel under campaign scrutiny as well.   When he called social security a ponzi scheme, many wrote him off at that point.  Old people vote. 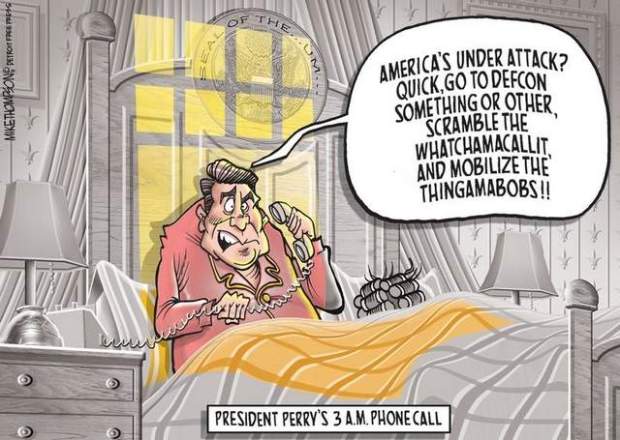 Poor debate performances, mistakes that called his intelligence into question, and a definitive lack of Reaganesque charm while campaigning caused to him to quickly fizzle.    That was before his last two errors — the lapse of memory about what government agencies he’d eliminate, and his call for everyone “over 21 by November 12th” to vote for him.   The voting age is 18.   The election will be November 6th.   He was a shooting star that faded rapidly.

As Perry declined, Herman Cain rose.   Cain was black, a successful businessman, had an intriguing 9-9-9 tax plan that despite criticism at least offered something new, and could represent a change of image for a party accused of insensitivity to minorities.  Witty, confident and willing to take red meat positions (such as questioning the loyalty of any Muslims that might serve in his government), Cain rose.  His defense of Christian values got strong support from the evangelical community, a group still powerful within the GOP.    Cain started to gather more contributions, led Romney in polls, and people were speculating about how amazing it would be to have two black candidates compete for the highest office of the land.

Then word came out of harrassment charges against him that had been settled in the 90s.   That was an embarrassment, but given the corporate environment and ease in which such charges could be made, if he’d said he’d done nothing wrong but accusations had been made and he settled him, it could have been a minor scandal.  In fact, it could have been a good thing that it came out early so that it would be “old news” by the general election.  But the story quickly became one about his integrity.   He first said it didn’t happen, then slowly recalled incidents.   Then more stories came out.   He then lashed out at his accusers in a way that made women squirm — that’s the kind of behavior men often get away with, treating the victims as villians.   Apparently one Ginger White who allegedly was in a 13 year affair with Cain got so mad about his attacks on the other women that she admitted to a long affair with him. 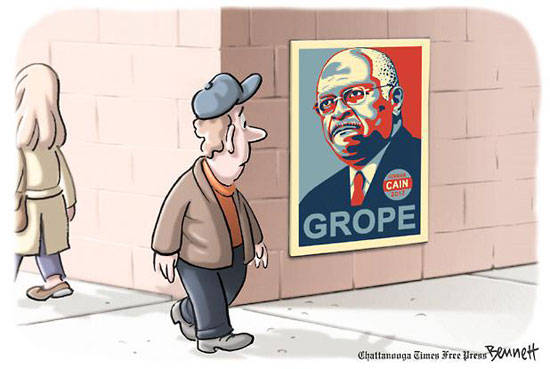 The allegations and his handling of them had already sent his candidacy sinking.   This probably blows it out of the water. Alongside Bachmann and Perry, Cain joins the fallen anti-Romneys.

And then there’s Newt.   Newt’s divorces, affairs and lack of loyalty to family are stuff that make him no better than Cain.   The difference is he’s experienced and knows how to talk and not talk about it.  Moreover, it’s not “new” news, so it doesn’t get the same attention, at least not now a year before the general election. 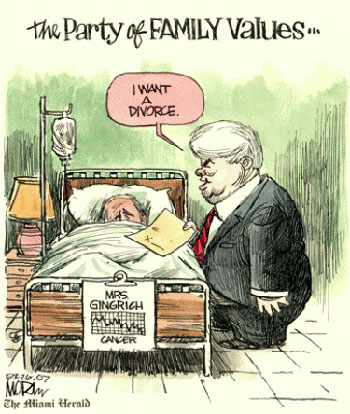 It’s easy given Newt’s flawed nature as a candidate and, I would argue, as a human being, to think he’ll soon sink the way the others have, with Romney persevering.  But Newt has something the others didn’t have – experience.  He knows the game, he knows how to handle the media, and he knows what to say and when to say it.   His stand on immigration, for instance, criticized by the right wing, so far hasn’t hurt him.   If he ends up running against Obama, he’ll have a chance to win Latinos in a way that Romney might have blown with his far right turn on the issue.

In short, Newt’s not going to self-destruct the way the others did.   If the others had been stronger candiates, he’d have remained on the sidelines.   But with no viable alternative, Republicans who dislike Romney now find Newt suddenly appealing.   If they can’t have the next Reagan, they’ll be satisfied with the next Nixon.

The smart money’s still on Romney who has the staff, money, organization and experience to take hits and not fold easily.   He’s played it safe and positioned himself well.   Newt may be peaking a bit early, and if Romney can do well in Iowa and New Hampshire, he may be able to coast to victory.   However, with Florida, South Carolina and other conservative states having early contests, it’s looking more likely that there might be a real Romney vs. Gingrich brawl.

If Gingrich wins, then team Obama shouldn’t under estimate their opponent.   I’ve always dismissed Gingrich as so flawed that the fact he thinks he could win the Presidency is delusional.  But now I think that may have been an error.   Gingrich may be more Nixon than Reagan, but Nixon won.   Moreover, Nixon won after losing a race to become California governor and being written off by just about everyone.   In politics, anything can happen.