Oh Life, There Must Be More! 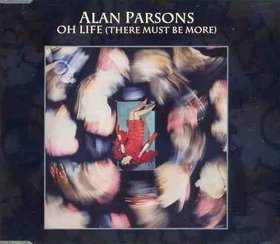 Listening to Alan Parsons Project during my morning workout, I contemplated the song “Oh Life (There Must be More),” about a woman who has lost hope, whose life is empty and meaningless.   I tell students that we live in a psychologically difficult era in history.  In the past people didn’t doubt the meaning of life or feel the need to prove their self worth.  These things were defined communally and peoples’ identities, values and sense of purpose were part of something greater than themselves.

I wouldn’t want to go back to that more “natural” state — I’m too much a product of the modern world, prizing my individuality and freedom, concepts that emerged as dominant during the enlightenment.   Having tasted that fruit, I can’t go back to paradise.   The knowledge of the possibilities freedom entails makes it impossible to return to life tied to tradition, custom and community.   Pandora’s box has been opened.

Yet this new freedom also creates a sense of despair and uncertainty.  What is the meaning of life?  Is there a meaning?   How do I fit in?  Am I lost in the middle of a hopeless world (another APP lyric)?  Look at the stress, anxiety and depression rampant in a society with material prosperity beyond what anyone could have imagined just a few generations ago.  With no clear answers and with the responsibility to define ones’ own life, people lack the bonds and traditions that gave life clear purpose and meaning.   Lacking the deep community and extended family bonds that were a psychological and social support system, it’s easy for people to feel untethered, adrift and without purpose.  How do people handle this?

Ideology.  One solution is to throw oneself into an ideology, to find a belief about how the world should be and dedicate oneself to living that life and promoting their cause.   It could be socialism, anarcho-capitalism, or religious extremism (though religion itself is a separate category).   This is an especially appealing solution for those who hate uncertainty and want a clear answer to a question of what life is all about.  It gives one a sense of self-esteem (“I have figured out the right way, yet I am surrounded by people either too ignorant or unprincipled to understand or accept the truth) and purpose.

Ideology as a purpose tends to appeal to intelligent folk; they are the true believers.  Those who follow along often don’t care so much about the ideology, they’re attracted to the sense of belonging with like minded folk.   Ideology creates false certainty, a false sense of superiority, a belief one is more moral and principled than others, and allows one to push uncomfortable questions and dilemmas under the carpet.  It’s an illusion (or delusion), but it can be effective.

Religion.  Religious extremists tend to be ideological, but most religious folk are not.  Rather, they look to their faith for the answer of what life means and how they should live.   Yes, they understand that the enlightenment and modern science casts doubt on their beliefs, but they’ve chosen faith.   It seems right to them in their heart, it is reinforced by community (people in their church, other believers) and they are able to shut off that part of their brain that might doubt and question their beliefs.   This harkens back to pre-enlightenment thought and can give people a profound sense of purpose and meaning.   Some who have had a crisis and then “convert” to a religion are so relieved by its capacity to banish doubt about self-worth and personal crises that they are convinced they have found truth.

Throw Oneself Into the World.  Some people respond to uncertainty by dashing headlong into life, throwing themselves into the world to experience all they can.  Their response to doubts about meaning or self worth is to enhance experience.   It might be adventures, traveling, competition in ones’ career, or hedonism.    This category includes such diverse folk as those in the business world who compete on Wall Street to try to earn as much money as they can and those social activists to do all they can to help the disadvantaged and alleviate suffering.   Whether it’s competition for status or constant efforts to help others, experience in the world defines life for these folk.   It can be successful, but also can lead to a kind of hyperactivity syndrome if more experience is constantly needed to quell uncertainty and doubt.

This solution also creates the possibility of crisis.  If one defines life by career competition then a career setback or disaster can create personal crisis.   Attractive people might define their self-worth by beauty and how others treat them, meaning that as they age they might find themselves unprepared to deal with lifes’ dilemmas.   Social activists might end up overwhelmed by the slow pace at which the world changes.    People in this category are the movers and shakers, those who change the world.   They are not always the most satisfied and content, however.

Friends and family (Community).  Other people focus on the more immediate world around them, their circle of friends and family.  This is not a mutually exclusive set of “strategies” to deal with modern life.   A religious person who also has strong connections with their community can be very resilient against modern psychological ills.   Someone who throws himself into the world will be less prone to crisis if that is complemented by a strong sense of community.   Like religion this harkens back to the pre-modern support systems that people naturally had; to the extent one can identify with a group greater than oneself, one avoids loneliness and has reassurance of ones’ self-worth and meaning.

Cynical Self-reliance.   Many people recognize the inability of the world to provide meaning, reject religion as mythology, and face reality with a kind of cynical “this world sucks, but it’s the only one I have” approach.   Such people are honest and critical thinking, meaning they can’t shut down the questioning part of the brain that religious folk silence, aren’t susceptible to ideological dogma, have been disappointed by the world and are too individualistic to lose themselves in community or family/friends.   The world has suffering, pain, and despair, yet with a wry sense of humor and resignation to reality — the world won’t change any time soon — they make it through life with their self honesty protecting them from psychological despair.

Uncertain Spirituality.   Others believe that there is “something more” to life, and put their faith in a vague undefined spirituality.   They are too critical to accept religious dogma or ideology, have decided that the world is transient and offers no deep sense of meaning, tend not to be as connected with community, and yet see the world as beautiful and meaningful.   Such people accept uncertainty easily; they may seek an ‘answer key,’ but recognize that it’s OK if they never find it.   They are individually resilient, relying on their spiritual faith for their sense of purpose and meaning.   Unlike religious folk they don’t claim to have the right belief — if it works for them, that’s all that matters.   This includes a lot of so called “new age” thinking.   These people tend to be introspective and see life as a way to work on their own emotional (or spiritual) development more than fixing problems in the world.

So my question to my readers:  Does this list make sense?   Do you fit into any of these categories?   What other categories might be added to the list?  (I can think of a few, but when a post hits 1200 I try to wrap it up).

This entry was posted on October 16, 2011, 13:16 and is filed under Ethics, Life, Music, Politics, Psychology, Spirituality. You can follow any responses to this entry through RSS 2.0. You can leave a response, or trackback from your own site.